We continue with our profile of Nice-born actor Marc Duret, focusing on his aspirations for local theatre, despite his international status.

In the fickle world of entertainment, to enjoy the kind of longevity and ongoing success that Marc Duret, the number one rated French film actor, has had, means you need to have tremendous talent and be willing to work hard. But that alone won’t get you to the top yet. Much more importantly, you also have to have a vision of working toward something that is bigger than yourself. Marc has just that.

Having recently increasingly gotten into directing, he is not shy to tackle a wide variety of literature and film adaptations, He feels as much at ease digging into classics like Corneille as he does revamping Fellini films, and explores fresh ideas and techniques such as the use of video on stage. So far, no surprise, as many gifted actors are also successful directors. 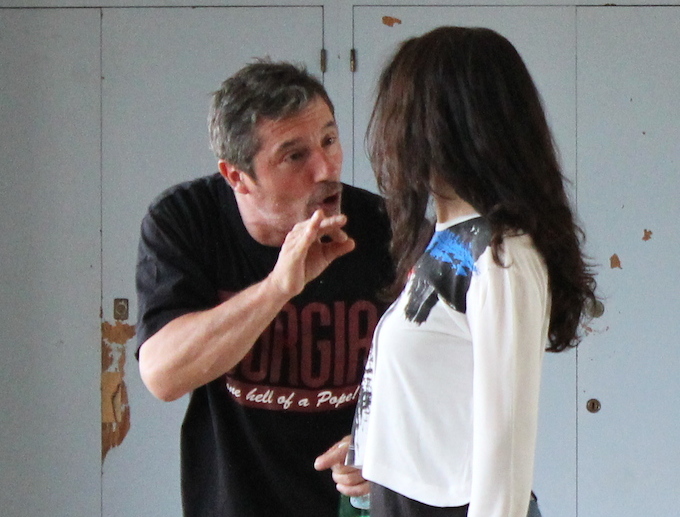 Marc, however, doesn’t see directing as the jumping board to the next level of fame and fortune. Yes, it is part of his artistic expression but he also sincerely cares about lending young talent a helping hand, as a director and as an actor. And he is not beyond offering them his name and gravitas if he believes in their skills and projects.

Young French filmmaker Yann Danh’s critically acclaimed and award-winning short film “À Tout Prix” was one of those. Marc masterfully played sleazy and self-interested politician Thierry Cortal, lending his character a mix of Jacques Chirac’s mannerism and Nicolas Sarkozy’s attitude. “I was tremendously grateful that Marc not only played this role but also so generously shared his professional advice and experience, it really propelled the film to the next level,” Yann remembers. A rarity in a country where young creatives don’t get many breaks.

Another way to help young artists succeed are theatre and movie master classes – something that is dear to Marc’s heart. He developed and teaches a bilingual French/English master class whenever he has a chance.

His interest in developing the local theater and movie scene is also why over the past few years, his home town of Nice has seen more and more of him. A globetrotter, yes – but a true Niçois at heart. Of course there is his old hunting ground, the Théâtre National, where he has been a regular on stage for many years, seeing the departure and arrival of three artistic directors, from Jacques Weber to Daniel Benoin and Irina Brook over a 12 year span. His 2014 Angelo, Tyran de Padoue, in which he played the title role, was a roaring success.

But you will still also find him in smaller private theaters. At Francis Gag for instance, the Théâtre de Verdure, or Espace Magnan…always readily joining local theater companies. One of the many roles he shines in is that of Cyrano de Bergerac – who could forget last summer’s open air performance at the Roquebrune Festival? Acting is his life’s great passion, but for all his international success, he is not a career strategist but someone who wants to bring plays to people, and people to plays. This spring, he joins Monaco company Les Farfadets in an adaptation of Fellini’s “La Strada”, both in the role of Zampano and as a co-director (April 10th – 13th at Espace Magnan). 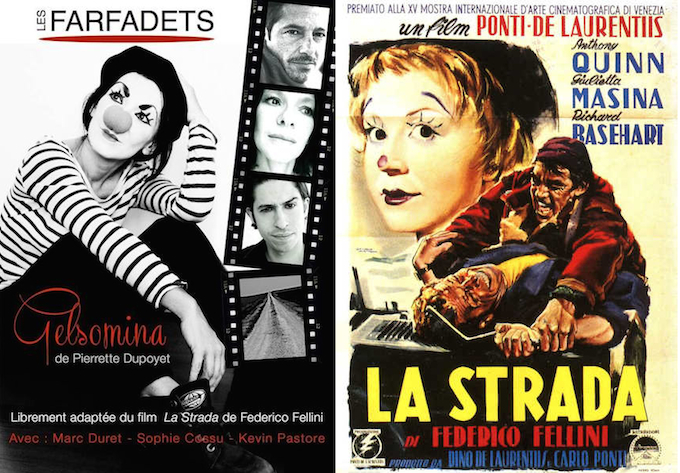 Hardly surprising that someone with such strong artistic instincts is also a spiritual person. It was therefore perfectly natural for Marc to participate in La Messe des Artistes this past Ash Wednesday. This traditional annual Mass was established in 1926 following a Vow of Parisian painter Willette to celebrate the lives and work of artists, and mixes a traditional Catholic service with artistic elements.

This year, it was held at St. Pierre d’Arène church in Nice, and Marc was invited to recite Willette’s Prayer and to read Les Lettres du Père à Fils by Jules Renard. He welcomed the opportunity. In a business that for all its creativity and the joy it brings can be harsh and cut-throat behind the scenes, celebrating mass among fellow artists of many disciplines spiritually refueled Marc, and actually reminded him of a Shakespearian quote “And we’ll take upon us the mystery of things as if we were God’s spies…” (King Lear, Act 5, scene 3.) 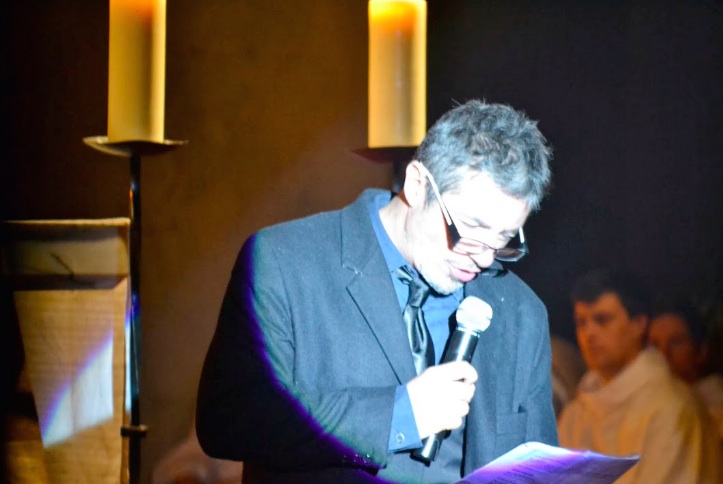 A theme emerges…Theatre, Nice, support of artists and the local arts scene. So, the next logical step would be to get involved in the development of the Abattoirs? “Yes! This mythical place deserves to be relaunched for all forms of art…as a Spectacle Vivant (Living Stage), referencing the Grimaldi Forum and the “Studios de la Victorine” (Riviera) format, and to shoot film project teasers, features, or shorts, or to hold movie master classes there…. But most of all, to give this great region a home for local TV or film productions and co-productions,” Marc says emphatically.

Of course, he’ll always play all over the world, no question about that. And the world wants to see more of him. Few of his colleagues are as cross-cultural and adaptable. It seems though that as diverse as Marc’s roles are, the red thread across epochs and literary themes is “strong characters”. Who influenced and inspired him? “My father did, and actually many members of my family,” Marc shares with us. “I grew up in an environment which appreciated theater and films, and that left an impression on me early on. My grandfather Francesco Teti was also a great inspiration for me… A sort of a “Toto” character. He was a fantastic actor without knowing it!” 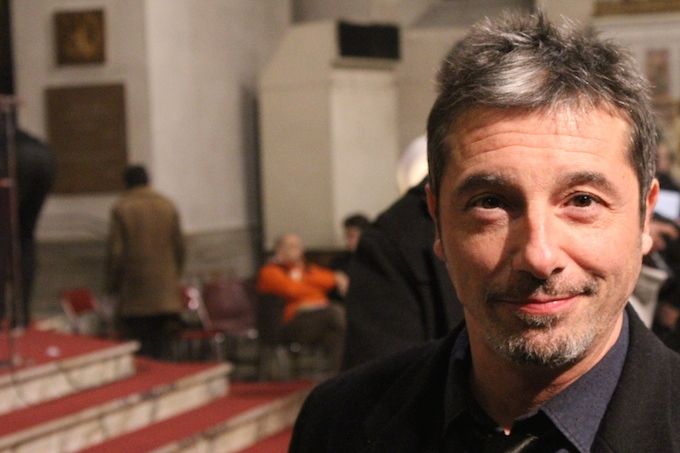 If there is one piece of advice someone as experienced as Marc could share with up and coming actors, what would it be? “Sincerity and discipline in your work is key. And to not be afraid to experiment and fail, just like a kid would”. Wisdom indeed, drawn from experience.

When your profession in all its facets from acting to directing and writing becomes your passion to such a degree, is there still room for other interests, we want to know. One of the things Marc loves is playing the piano, and it is not really surprising that he has an excellent musical education as well. Typically for him, he enjoys a wide range, from classical music to that of the 80s and 90s, but lately, Adele and Stromae have been a great inspiration to him.

Approaching the zenith of such a well-rounded career, what is Marc still getting excited about? “I am very much looking forward to working with Irina Brook, the new artistic director at the Théâtre National de Nice,” he says with great fervour. And how wouldn’t they make a great team – both sharing a vision of theater that is accessible, diverse, entertaining and educational at the same time. “Besides, I am also really excited about directing some future theater projects at Espace Magnan with Sophie Cossu, the Head of Les Farfadets theater company, following our upcoming play “Gelsomina” (La Strada).” 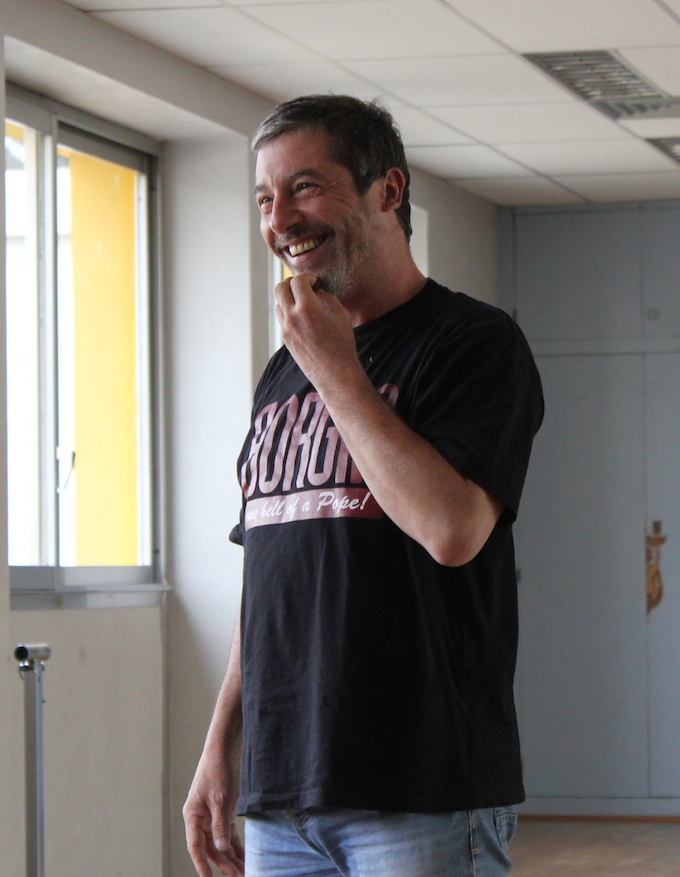 When you hear Marc talk and consider his accomplishments you cannot help but being struck by his humility and groundedness. The kind of guy who’ll prefer sharing a bottle of wine with friends over hobnobbing with the jet set. The kind of guy who greets a stranger in the street – first. The kind of guy who takes his ego out and his passion for the arts into his craft. But for all his kindness he is not one to be underestimated. He knows what he wants and how to get it. With talent, savoir-faire, intelligence, and that incredible charm and smile.