All life on earth depends on the ocean. A new maritime exhibit heading to the French Riviera tells us why The Big Blue is so important for us all.

Françoise Latour (pictured below) is a busy woman, and one with a great passion – the Sea. An experienced diver and journalist, she has long been an advocate for maritime issues. Her perspective is a holistic one – we all, no matter where we live, are linked to the oceans of the world to an extent far greater than most of us realize. And her mission is to educate the public on our dependence on the oceans through an exhibit she has developed and which is now slanted to make a splash in France and elsewhere.

“Raconte-moi la mer” (Tell me about the Sea) – the title of Françoise’s exhibit is program. Her goal is to provide a 360 degree view of all the issues surrounding the oceans, which includes topics such as ecology, economy, and biology, but is not limited to those. Far from being an eco-militant, she is first and foremost an educator, an advocate for the ocean which has such a crucial impact on everyone’s life. “We all are linked to the ocean by an umbilical cord”, she says, “and I seek to make people aware of it in a factual, but also playful, pedagogic, and poetic way.”

Françoise’s exhibit debuted in Strasbourg at the Jardin des Sciences in 2013 where it is still on display until May 2014. If Strasbourg as a landlocked city seems an odd choice, it makes perfect sense to Françoise. To her, location doesn’t matter because the influence that the ocean has on our daily lives is not bound by geographical conditions. 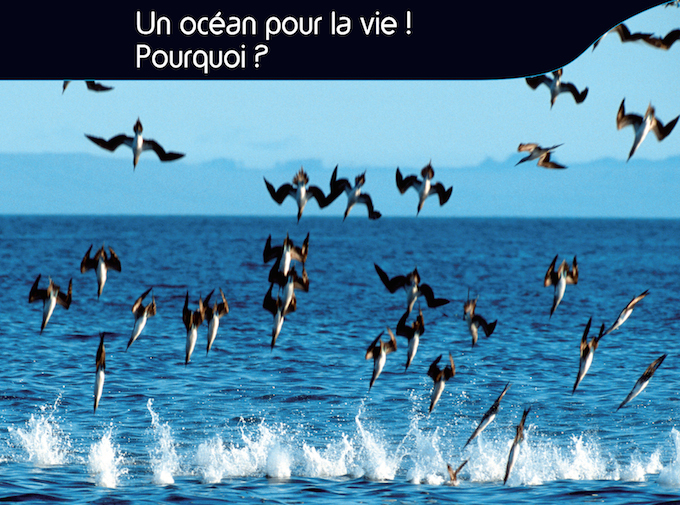 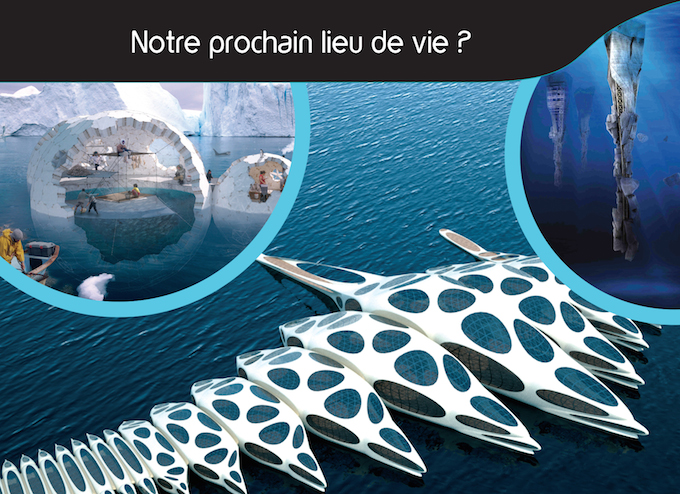 ”It is very important to bring the exhibition also to places that have no direct contact with the sea because it impacts all of our lives to such a great degree, no matter where we are. Just consider that 64% of the world’s oxygen is produced by the sea. Or that globally, 90% of all merchandise is shipped via maritime transportation. Also think how much energy the ocean produces, or food, or employment. Even medicine depends on the ocean to a degree, if you remember that for instance coral has proven to be effective against HIV/AIDS. There are so many more areas in our daily lives that are directly or indirectly influenced by the sea that it really matters to me to make people aware of this strong bond, regardless of where they live.”

Preparations are currently underway to take her exhibit on the road to French and international cities conscious of maritime issues once it completes its successful run in Strasbourg. Françoise, who now lives in Paris, has close ties to Southern France, having spent several years in Marseille.

Her 2010 book “Au Coeur des Océans” (Glénat Editions) was prefaced by HSH Prince Albert II of Monaco and Bixente Lizarazu, the former football world champion engaged in ocean education. And now she has her sight set back on the Riviera. 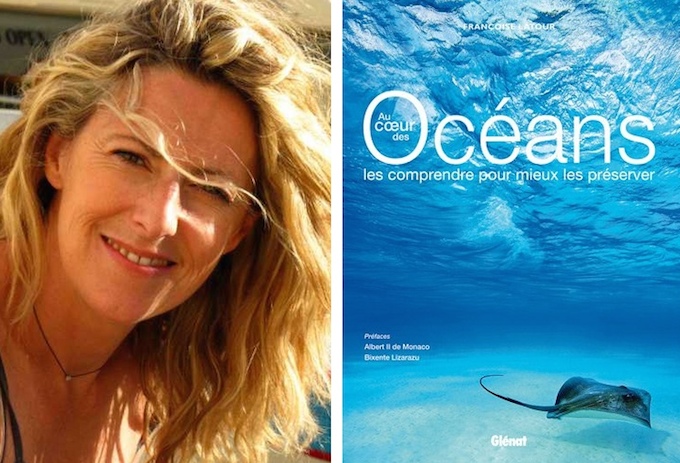 “Monaco and the Oceanographic Museum would obviously be a perfect symbiotic partner,” she tells us. But she can also see this exhibit mounted in Nice. “With its crucial role both as a sea-bordering location and as sought-after holiday destination, Nice would in fact make an ideal mentor for the public, to understand the sea not just as a tourism attraction but also holistically.” Conferences, in- and outdoor events, collaboration with theaters or film makers, or even an underwater exhibit…. There are a lot of different angles that Françoise can see coming to life.

She is equally interested in partnering with existing complementary maritime-centric exhibits, for instance on topics such as marine archaeology, and she is happy to step outside France to reach her objective.

“Here in France, people seem to turn their backs to the ocean, which is strange given that most of the Héxagone borders the water and that France, including its overseas territories, owns over 11 million square meters of exploitable maritime surface, globally second only to the United States. Interestingly, there are other nations that depend on the sea a lot less than France but are more receptive to the essential messages.”

“Maritimizing” the public is Françoise’s key goal. “Not everyone has to love the sea but everyone has to understand its importance and impact on our lives. Not to be interested in it is not an option.”

There is no doubt that she is right. The question is why the French Riviera, with its dependence on the Mediterranean dans tous ses états hasn’t woken up to the message yet.