How many people in the world can rightfully claim “Living Legend of Funk” as their profession? Only one: Maceo Parker.

They say Maceo Parker was born with a saxophone in his hand. While we did not actually witness the moment of his arrival on Earth in Kinston, North Carolina, we know he has hardly ever put down his instrument since he picked it up for the first time in his life. At 71, he is still going as strong as ever, and Nice is in for one of his amazing three hour concerts on Tuesday, 18th November, at 8:30pm at the Théâtre Lino Ventura.

Starting out as a sought-after sideman in the 1960s, it took virtually no time until James Brown tapped him on the shoulder. “Maceo, I want you to blow,” were the Godfather of Soul’s orders to the young saxophonist, and blow he did: he quickly made a name for himself as a superb soloist, synonymous with Funk, with his unmistakeable signature sound.

In the five decades of his spectacular global career, he has played with the Who’s Who in music…. George Clinton, Ray Charles, Ani Difranco, James Taylor, De La Soul, Bryan Ferry, the Dave Matthews Band, the Red Hot Chilli Peppers, Prince, Candy Dulfer – to name but a very few. He inspired James Brown, the man he calls his Teacher, as much as he influences hip hop. His catch phrase “2% Jazz, 98% Funky Stuff” is a summary of what’s going on in his music… with elements from a wide range of genres soul, funk, and jazz, to rhythm and blues – but he unfailingly respects tradition.

Maceo loves touring, and his shows are legendary. No garish effects, no hoopla to distract from what he does – pure, good, honest, heartfelt music. “I feel it’s my duty as an artist to go as many places as I can, especially if the people want it.” 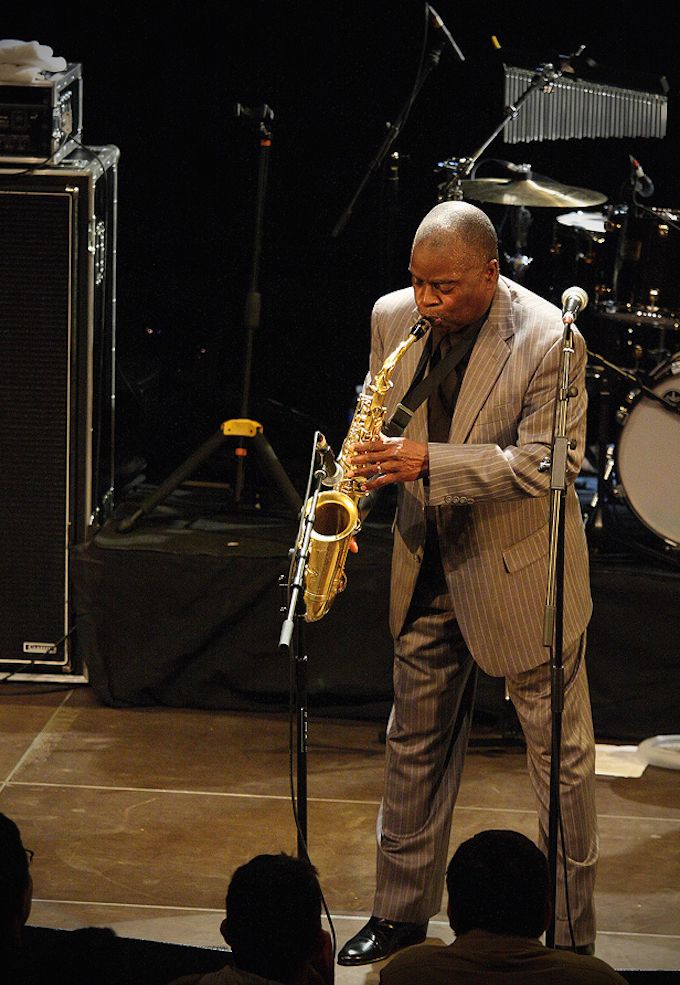 Oh yes, Sir – people do want it. Packed houses are the proof, like once again on his current tour through Europe. Nice has concert organizer Gil Marsalla of DirectoProductions to thank for this treat. There are still a few tickets left for the Living Legend of Funk’s Nice concert but you better hurry: tickets for the show on 18th November are going fast!