Making what seems like an annual pilgrimage to these parts, the Cirque du Soleil returns this July to entertain its French Riviera faithful.

It seems like the Cirque du Soleil is planning to make a habit out of it. Barely a year after ‘Alegria‘ delighted locals and tourists alike, the famous Canadian troupe is back in Nice this July with ‘Dralion‘, a stunning show that incorporates symbolism from both Eastern and Western cultures.

The name of the production itself refers to a mythical creature that is part dragon (the East) and part lion (the West), while the theme of the production, the quest for harmony between the civilizations and nature, is portrayed by the four elements and their representative colours: air is blue, water is green, earth is ochre, and fire is red.

Placing as much emphasis on the circus acts as it does on the music, dance, and theme, this show is a real celebration of life, with all the features audiences have come to expect from the Cirque du Soleil: creativity, beautiful costumes, vivid colours, Eastern-influenced music featuring fAfrican beats, comic moments provided by clowns, and awe-inspiring acrobatics. 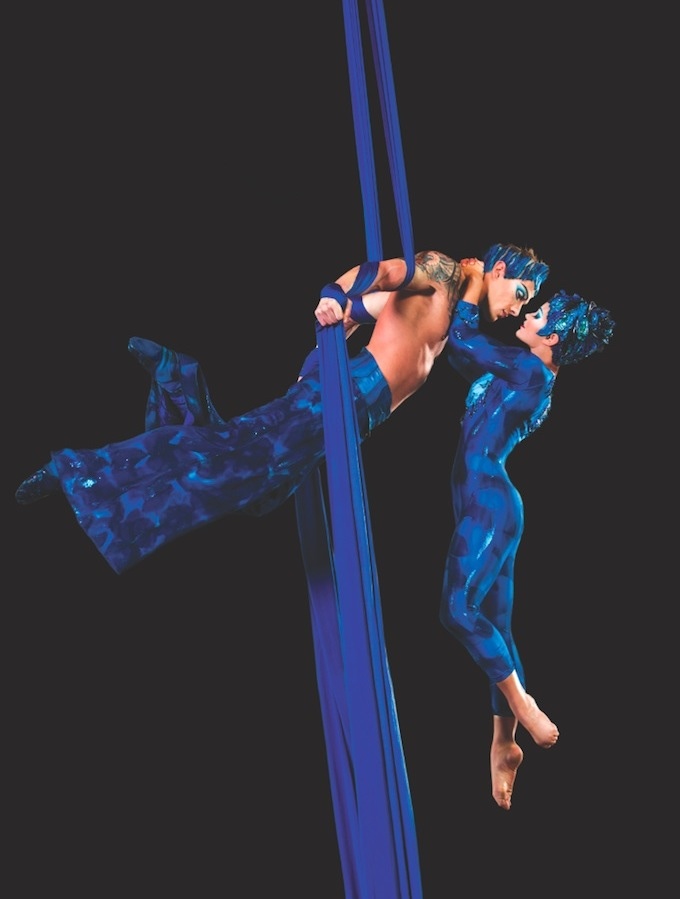 Among the acts to look forward to: an aerial pas-de-deux performed by a couple who fly high over the stage wrapped in a long ribbon (pictured above), a thrilling trampoline act, and an aerial hoop act staged like a tango.

Describing itself as a “dramatic mix of circus arts and street entertainment”, the Cirque du Soleil has helped elevate the circus arts to the level of the great artistic disciplines since its creation in 1984. Today, the company has 21 shows performing all over the world, and seven retired productions.

And ‘Dralion‘, despite being one of the troupe’s oldest creations and maybe somewhat less spectacular than some of the more recent shows, still remains a wonderful one-of-a-kind experience for the entire family, and you will love every minute of the two and a half hour performance.

The Cirque du Soleil bring ‘Dralion‘ to the Palais Nikaïa in Nice from the 18th to the 28th of July. Tickets range in price from 36.20€ to 78€ and may be reserved online or purchased from all the usual outlets.