That “Grimaldi Forum” rhymes with “spectacular events” is nothing new. Year after year the programme of Monaco’s flagship event venue soars to new heights. From some of Europe’s most spectacular artistic acts and exhibitions to high-caliber scientific, technological, and business conferences – it forever sets new standards. 2019 was a record-breaking year in every sense: 290,000 visitors flocked to 117 events.

And 2020 is poised to top even that. “To commemorate our 20th anniversary, the Grimaldi Forum Monaco thinks big and offers the public a legendary year, a programme worthy of this special occasion,” declares President Henri Fissore, unveiling some of the most exciting events, blockbusters, novelties and discoveries to honour the jubilee year comme il faut.

Picking favourites from the densely packed schedule is like asking to name your preferred child – impossible. And yet, we must. Therefore, without further ado, some of the highlights we feel you cannot possibly miss:

“Should we flee what we loathe and withdraw from the world? Or are we condemned to trying to get on with our fellow human beings?” These were the questions Molière pondered when writing The Misanthrope, voicing his own disgruntlement as someone passionately opposed to disloyalty and to the people at court who make or break reputations. By contrasting the vanity of the world with Alceste’s unwavering love for Célimène, Molière expresses stubborn idealism that defies time. His contemporaries described the play as “the portrait of the century”. A classic, timeless masterpiece that is still pertinent today.

Under German director Peter Stein, himself at the pinnacle of his art, Lambert Wilson is superb in the role of Alceste. Standing up to one of his caliber is a difficult call but Pauline Cheviller as Célimène answers it with grace and elegance. 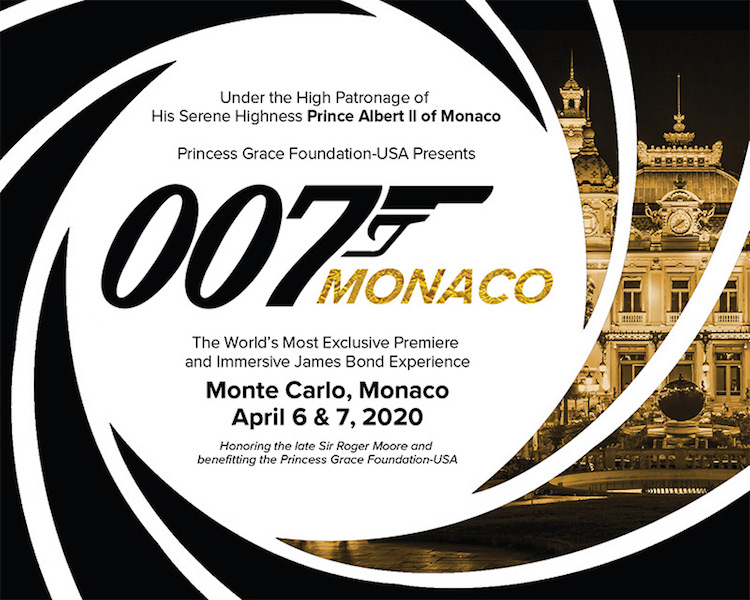 Calling all amateur Bond girls, villains, and aficionados for whom the world is not enough! An international red carpet event presented by the Princess Grace Foundation-USA under the High Patronage of His Serene Highness Prince Albert ll of Monaco is the worthy setting to celebrate the première of Ian Flemings’ 25th installment of James Bond “No Time To Die” (“Mourir Peut Attendre” in French), starring Daniel Craig and directed by Cary Joji Fukunaga, winner of the Princess Grace Award.

For one night only Monaco transforms into a majestic spy-scape, transporting you straight into the iconic world of 007. Honouring the late Sir Roger Moore, and benefitting the Princess Grace Foundation-USA, this exclusive black-tie affair is the first of its kind to take place in the Principality, complete with surprise celebrities, shaken-not stirred martinis, and a private VIP “Casino Royale” dinatoire at the Casino de Monte-Carlo.

Fifty (!) years after the release of his first album “The Stooges” Iggy Pop is still an indestructible icon. The pioneer of the punk movement and inspiration for the grunge scene has been loudly and proudly active for half a century and still can’t get enough of his rock & roll lifestyle.

“The Iguana,” as he is nicknamed, says that more than anything, he wants to feel free in life and in his artistic expression, hence the title “Free”. He calls his 18th solo album “uniquely somber and contemplative” as he meanders between rock, jazz, and African music, taps into lyrics by Lou Reed, recites Dylan Thomas’ “Do Not Go Gentle into That Good Night”, and reflects on the exhaustion of post-tour life. But his fans may rest easy, their idol is far from retiring and hanging up his guitars. As one of only seven concerts in France, tickets for this one are flying off the shelf, so act quickly or be left standing outside forever…

The Ballets de Monte-Carlo have a special treat in store with three artistically and technically challenging choreographies rolled into one sophisticated programme.

The honour of opening the evening goes to the famous “Four Temperaments” by George Balanchine, a choreographer who has forever been a part of the Ballets de Monte-Carlo’s DNA. A revisited version of “Casi-Casa” then marks legendary Swedish choreographer Mats Ek’s inclusion in the Ballets de Monte-Carlo’s repertoire. The programme is rounded out by Christophe Maillot’s “Altro Canto I”, sublimating Monteverdi’s “Magnificat” in an arrangement reminiscent of the statuesque sculptures found in cathedrals and of French baroque painter Georges de La Tour’s masterful play of light and shadow.

FILM/CONFERENCE: MONACO AND THE AUTOMOBILE
May 28

Flashback to the end of the 19th century: in an era filled with buoyant optimism and fearless convictions, mankind is fascinated by the progress and benefits of science. And among those recent inventions, two would forever change the world and how we experience it: the automobile and film.

The arrival of the automobile in Monaco gives rise to a revolution in sports and culture. An object of curiosity and fascination, the automobile has conquered the Principality’s peculiar topography, set against the jaw-droppingly beautiful Rivieran background of sea and mountains. And since then, the passion for motorsports has had princes of Monaco, aristocratic visitors, and the money elite in its grip.

The Archives of the Palace of Monaco and the Monegasque Audiovisual Institute created this unique cinematographic conference to explore how over the past century the world’s second smallest country has become, in the eyes of the world, a temple for noble automobiles.

Crazy, wild, exuberant, flamboyant, Tony-Award-winning… this musical comedy is all that and more. It tells the story of three friends and drag actors as they journey across the Australian Outback from Sydney to Alice Springs in a rickety old tour bus named Priscilla. Their trip is full of emotional fireworks, reviving the 1970s and 80s with the biggest disco hits by Tina Turner, Gloria Gaynor, Madonna, Kylie Minogue and many others… The fun and colourful story with its over-the-top costumes, eccentric wigs, and dazzling scenery is an unrestrained tribute to freedom and tolerance.

There is no escaping the theme of automobiles this year – one of the major summer exhibits also honors their myth. “Monaco” and “automobile” are words that are anchored in the collective conscious, intimately intertwined in their history and identity. This exhibition-event traces the epic history of the automobile from 1893 to the present day, evoking the legendary Monte-Carlo Grand Prix and Rally as well as design contests, and the princely passion for the automobile as an object.

At its core, some 50 automobiles that have taken part in, or even won, one of these great Monaco events, photographic documents and unpublished archives, as well as rarely seen “automobilia”, objects on loan from public and private collections.

No summer at the Grimaldi Forum is complete without an exhibition of international top museum quality. After a peek behind the gates of Beijing’s Forbidden City in 2017, the splendour of the Pharaohs’ golden treasures in 2018, and Dali’s History of Painting in 2019, the honour of the jubilee year goes to Caravaggio, the undisputed master of the chiaroscuro style. His brush casts his subjects into a sublime play of shadow and light, revealing their inner struggles… which mirror the artist’s own tormented mind.

The Grimaldi Forum’s 2020 top-of-the-bill show features a number of his masterpieces from museums and private collections, complemented by works of his students and “disciples”, those who dedicated their lives and their artistic work to the master from Milan. And as always, visitors may look forward to outstanding curatorship and exquisite staging. 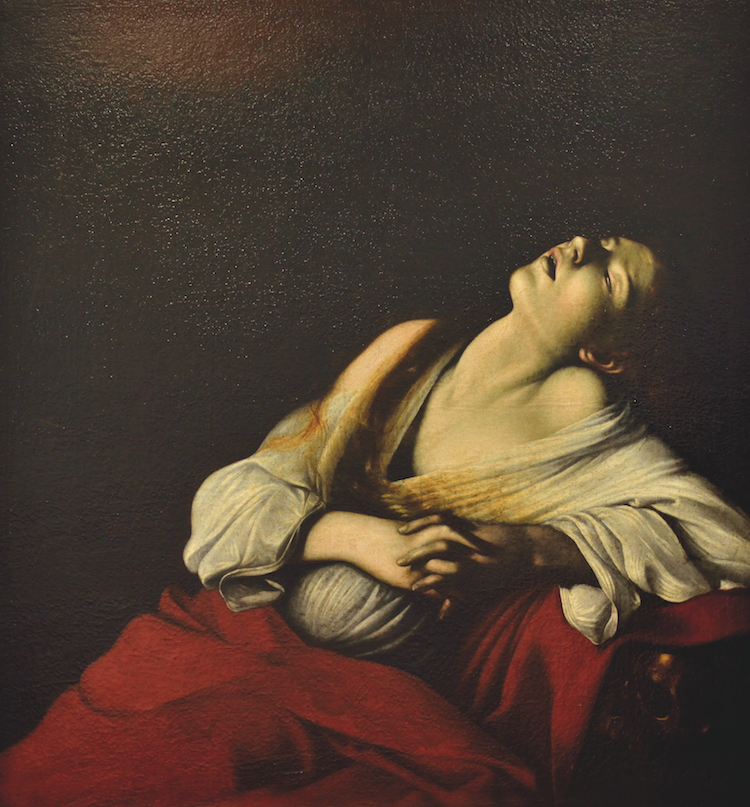 The above events are only a small selection of what is on the menu this year. There is even more theatre, humour, and comedy, and of course such staples as the Thursday Live Sessions (a springboard for up and coming artists), the Monaco Anime Game International Conferences (MAGIC), the fifth edition of the Art Monte-Carlo Festival, the annual EVER conference on ecologic vehicles and renewable energy, the 60th International Television Festival, the classic Top Marques show, and many more noteworthy events. The full programme is available on the Grimaldi Forum website … and you will see – when Grimaldi Forum promises you a legendary year, they sure mean it!