Break out the leg warmers and get ready to relive the 80’s! Yes, Flashdance the Musical is coming to Nice this April!

Back in 1983, a little film about Alex Owens, a working class girl who works as a steel mill welder by day and a bar dancer at night, while dreaming of becoming a ballerina, became a surprise hit and a pop phenomenon that helped launch Jennifer Beals’ acting career.

Now more than 30 years later, the leg warmers, off-the-shoulder sweatshirts and big hairdos are back as Flashdance the Musical is coming to the Nikaia in Nice for one night only at 5pm on Sunday, 10th of April.

This version actually premiered in England in 2008 and has enjoyed much success as a touring show since 2013.

Based on the book by Robert Cary and Tom Hedley, who produced the story and co-wrote the movie screenplay, it includes the much beloved hits such as Michael Sembello’s “Maniac,” Joan Jett’s “I Love Rock ‘n Roll,” Karen Karmon’s “Manhunt” and Irene Cara’s “What a Feeling”, as well as 16 additional songs written specifically for the show… And of course, the unforgettable water-splash dance and the iconic final audition scene whose moves have been imitated in videos by the likes of Jennifer Lopez and Gerri Halliwell. 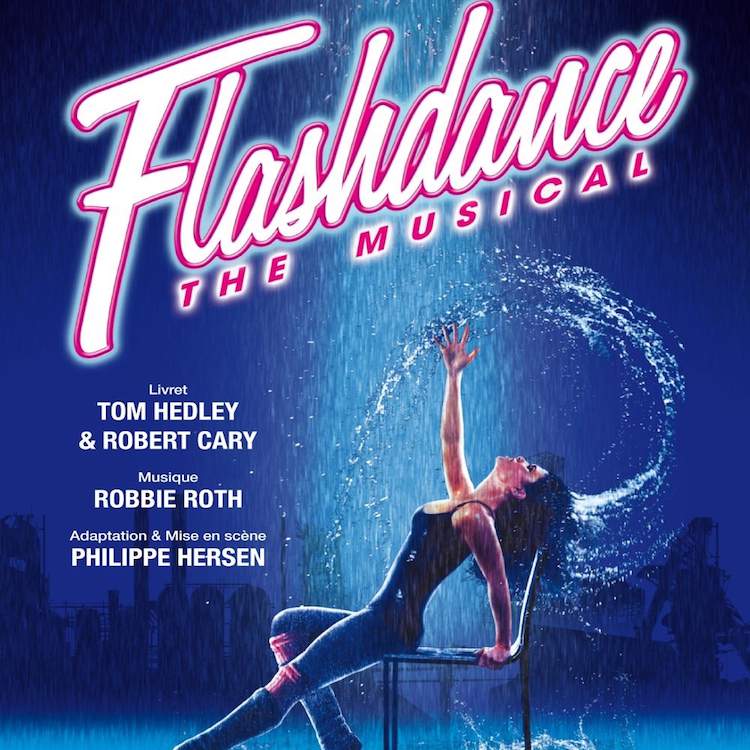 Just like the screen version, Flashdance the Musical is full of energy with an athletic cast, electrifying dance numbers and a set design inspired by the gritty urban glory of 1980s-era Pittsburgh streets to tell a familiar story of creativity, perseverance and friendship.

Musicals based on popular, hit movies have been the trend lately from Dirty Dancing to Bodyguard and while some are mediocre at best, Flashdance thrives at being a wonderful tribute to an era where everything still seemed possible, with a message that speaks to all: No matter what, never give up on your dreams!

Tickets range in price from 30€ to 56€ and can be purchased through all the usual outlets or reserved online.

All images courtesy Flashdance the Musical