The Rio Games are history. Now it’s full steam ahead for Marseille to support Paris as a 2024 Olympics candidate, and to show off its own watersports facilities.

Paris and Marseille, the two leading French cities, are separated by way more than just 800 kilometers – it’s a whole different lifestyle, largely dictated by climate, topography, and rather contrasting mentalities. But all differences and rivalries are forgotten when it comes to supporting France’s ambitious goal to host the 2024 Olympics and Paralympics. On Sunday, September 4, the Office de la Mer Marseille Provence (OMMP) dedicates its third annual boat parade to Paris’ application as a host city eight years from now. At the same time, this event provides an opportunity for the Mediterranean city to feature its abilities to hold Olympic watersports events off its shore.

Known for its frequent promotion of major sail competitions, like The Race, Louis Vuitton Act, or the Sailing World Masters Games, OMMP throws its full weight and expertise behind the project by welcoming a fleet of 2,024 vessels. The event is open both to professionals and amateurs, and to any kind of watercraft that will compete in the Olympics, from sailboats to motorboats, rowboats, jet skis, and kayaks. 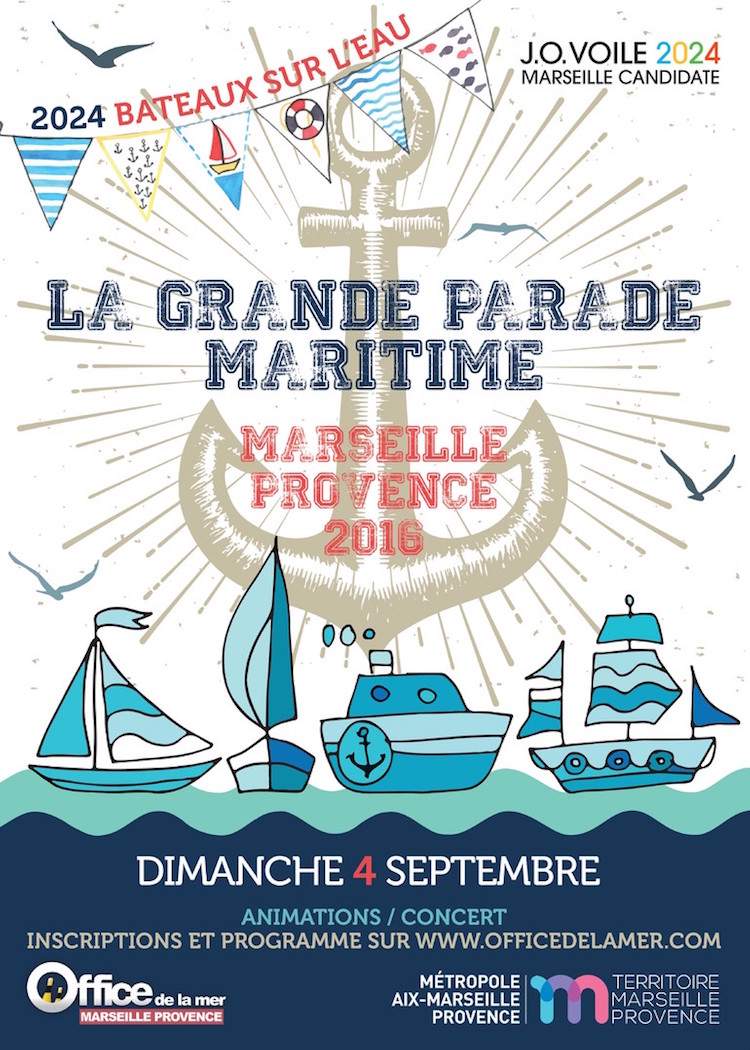 Opening at 2pm on 4th September by “Bonne Mère” – the flagship of the national maritime rescue service – the general parcours passes by the Marseillais coastline in direction of the city’s ante-port. The pre-Olympic delegation will have the honour of continuing on to the historic Old Port where Marseille’s Mayor, Senator Jean-Claude Gaudin, will be on standby to welcome the participants. A festive concert by the Toulon Navy band on the opposite quay concludes the proud parade.

Among the prominent athletes and spokespersons to support the campaign are two Rio medalists: Olympic champion Denis Gargaud-Chanut (canoe), who just came home with a gold medal in his luggage, and Hélène Defrance, whose team won bronze in the women’s 470 sailing competition.

Its three thousand years of seafaring history have made Marseille the obvious choice to host Olympic watersports events. The city tirelessly campaigns for the promotion of maritime activities, from sportive to scientific, educational and cultural events, and in fact dedicates the entire month of September to the public’s familiarization with the sea.

We all at Riviera Buzz keep our fingers crossed for the French Olympic application to be successful and are looking forward to many wonderful sports events in our backyard.