France is sending some of its finest reflective movies and one of its best actors to a NYC film festival that puts humanity back on the silver screen.

In a world where noise and violence is king in cinema, it can be hard to be heard for a filmmaker whose weapons of choice are whisper and compassion. And yet, these quiet, thoughtful movies exist, and are greatly appreciated by the public, as the growing success of the SR Socially Relevant Film Festival New York proves.

Founded by Armenian-American actor, filmmaker and curator Nora Armani in 2013 to honor the legacy of her cousin and uncle who were both killed in a religious crime ten years earlier, the festival focuses on everyday human stories as an alternative to the proliferation of gratuitous violence in film making. In its third edition, this year’s Socially Relevant Film Festival takes place in New York City from March 14 to 20, 2016, featuring an impressive lineup of films and personalities associating themselves with the issue.

A total of 44 contributions from all around the world, including the USA, France, Armenia, Israel, Pakistan or Indonesia, to call but a few of the participating countries, compete in four categories – feature length narratives, documentaries, short films, and screenplays – showcasing work that deals with the current topics of immigration, female empowerment, human exploitation, gender politics, disability and more. Select films feature distinguished personalities including Erin Brockovich, Deepak Chopra, Olympia Dukakis, Sally Field, Marc Duret, and others.

Among these, two of the selected productions “made in France” are clear frontrunners for awards:

Fabrice Hourlier (Indigenes Productions) participates with Aile Contre Aile, the riveting story of two women pilots, Jackie Auriol and Jacqueline Cochran, and their passionate rivalry to become the world’s fastest woman. Over the course of their 15 year supersonic duel which played out in the 1950s and 60s, both Jackies set numerous records in a domain traditionally reserved for men, and overcame tremendous personal challenges en route. Aile contre Aile competes in the documentary feature category and has also been nominated for the Empowering Women and Girls Award. 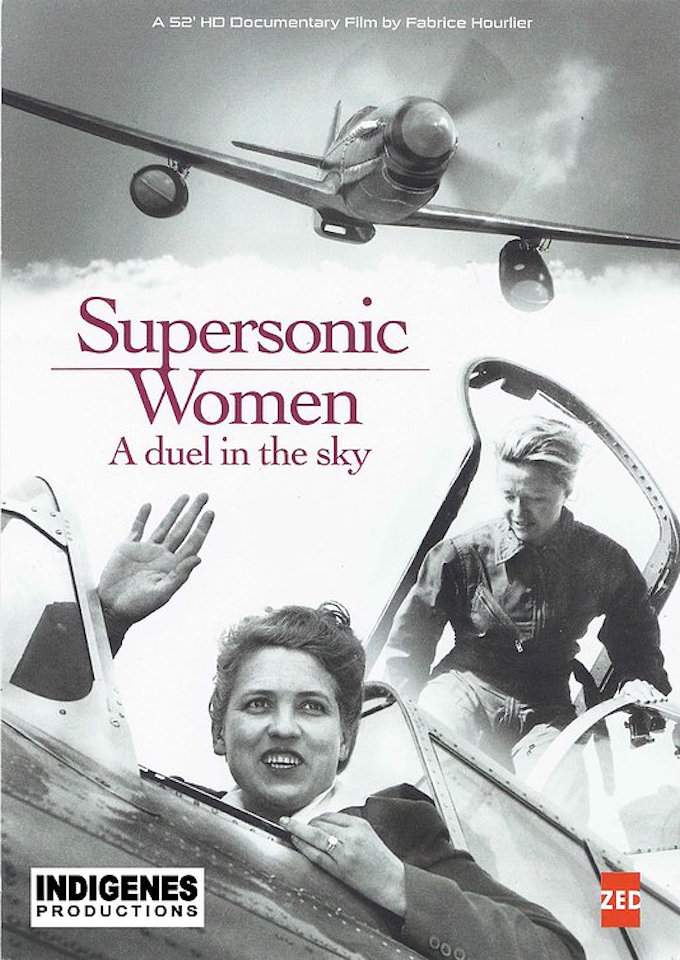 Stratos Gabrielidis’ short film “The Tent” (L’Atente in its original title) tells the story of a single father (played by leading international actor Marc Duret) who despite empty pockets, is determined to give his young daughter a promised vacation by the sea. Having already been awarded multiple prizes and recognitions worldwide since its 2014 premiere, this touching tale, told quietly und unpretentiously, only carried by the talent and charisma of its protagonists, may well hope for another laurel.

Marc Duret, well-known on either side of the Atlantic for his roles in cult movies like Le Grand Bleu, Nikita, La Haine, and Dobermann, and in major international TV productions like Outlander and Tom Fontana’s Borgia, has also been tapped as a juror. “In times like ours where society is increasingly undermined by fear and terror, it is a pleasure to participate in a festival like this one which focuses on positive stories, and the good and simple things that each of us can do every day to counter the brutality that has seemingly become the new normal,” Marc comments on his involvement.

Festival founder and Artistic Director Nora Armani adds, “When I started the festival three years ago, it was very difficult because I had just an idea but no money, no support, no films, no partners or funders. I wondered many times if I was doing the right thing but in the end I’m very happy that I persevered”. Only in its third year, the Socially Relevant Film Festival with its heavy slant on social issues is picking up speed, as evidenced in the quality of the international productions that have been submitted, many of which are U.S. premieres. A worthy cause that proves how great personal tragedy can be turned into something positive and constructive, and a film festival that is bound to gain even greater notoriety in the years to come.