More than a thousand turn out in Place Masséna in Nice in support of the jeweller who shot and killed a man after a robbery last week.

Place Masséna was the focus for latest instalment of the bijoutier de Nice story that has been making the headlines all week.

On the morning of Wednesday, 11th September, La Turquoise jewellery shop on rue d’Angleterre in the centre of Nice was robbed at gunpoint by two young men. The owner, M. Stephan Turk, chased after the thieves who were making their getaway on a scooter – he fired at them in the street, hitting and killing the pillion passenger. He has been charged with murder by the prosecutors, and is currently under house arrest.

Debate is raging throughout Nice, and the country, as to whether this was an act of self-defence on M. Turk’s part, or if it was just pure vigilantism. A Facebook page set up in support of M. Turk has already garnered 1.5m likes.

The demonstration today was attended by the mayor of Nice, M. Christian Estrosi, and the president of the Conseil Général, M. Éric Ciotti.

What do you think about this? Self-defence or vigilantism? Weigh in with your views in the comments below. 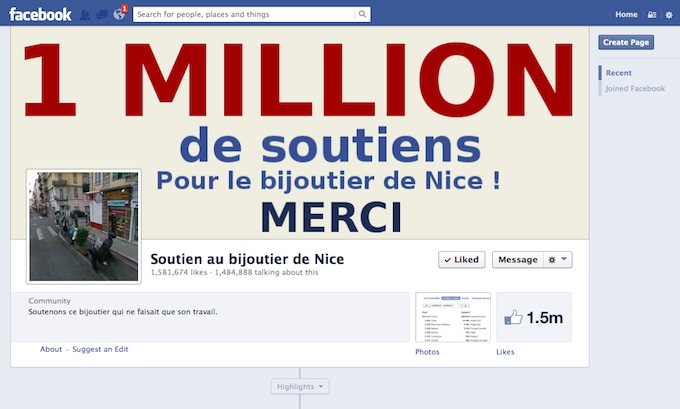 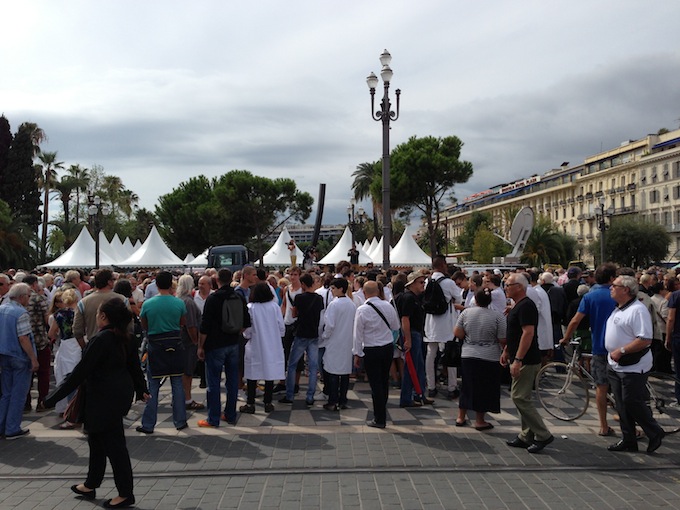 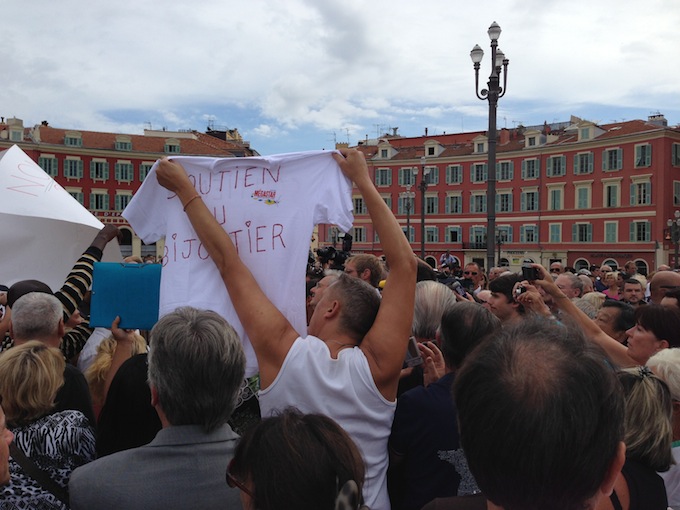 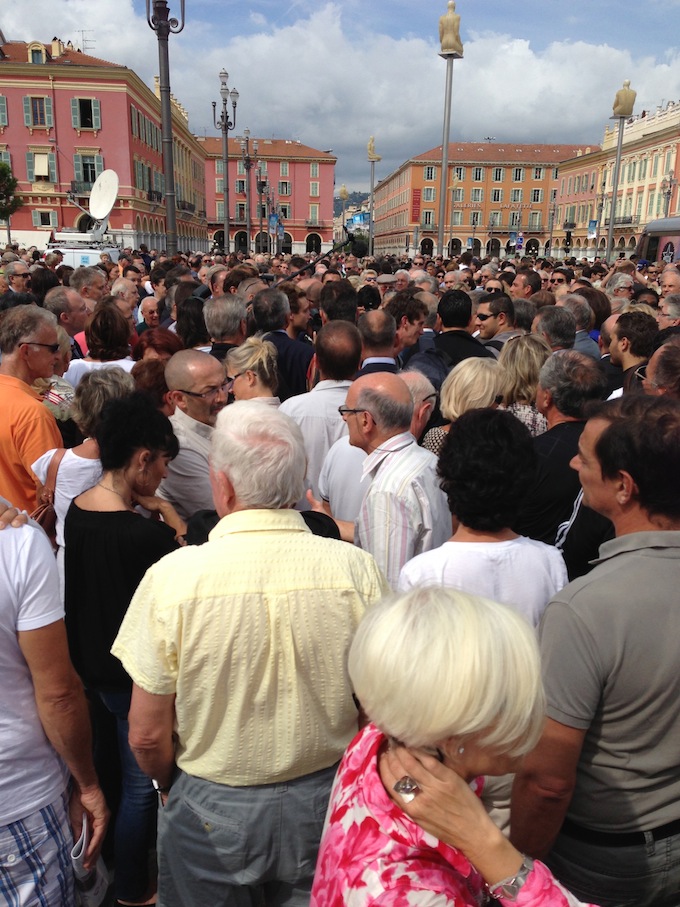 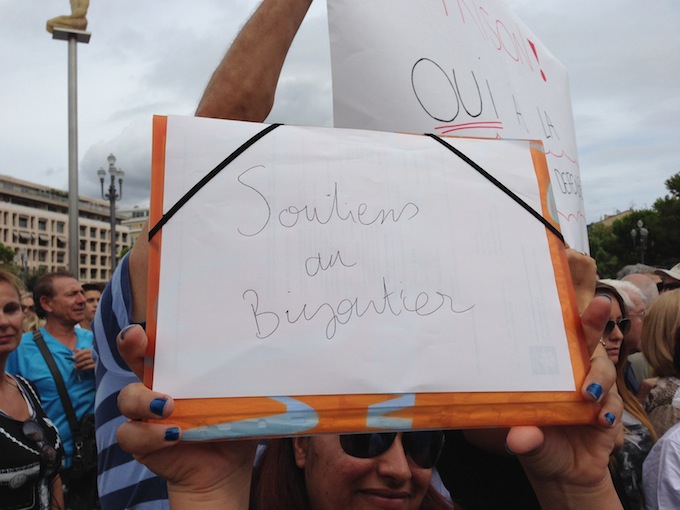 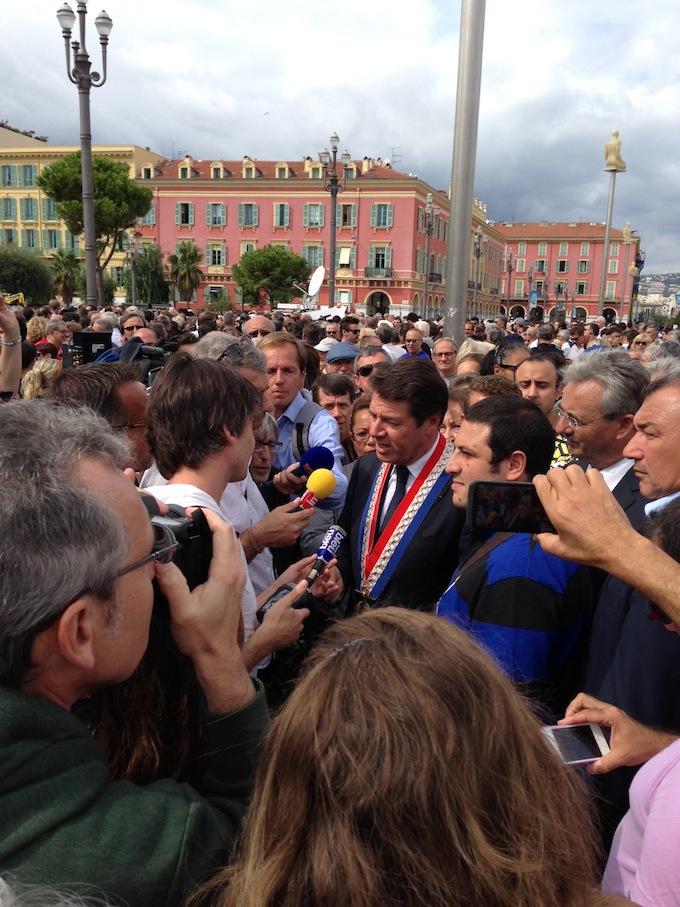 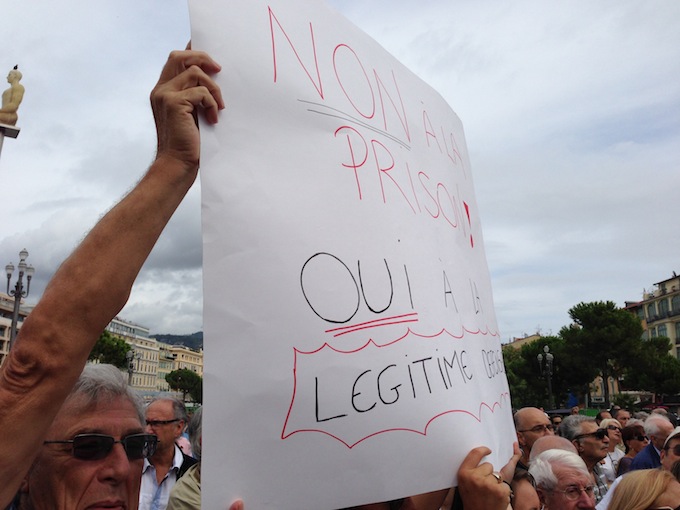 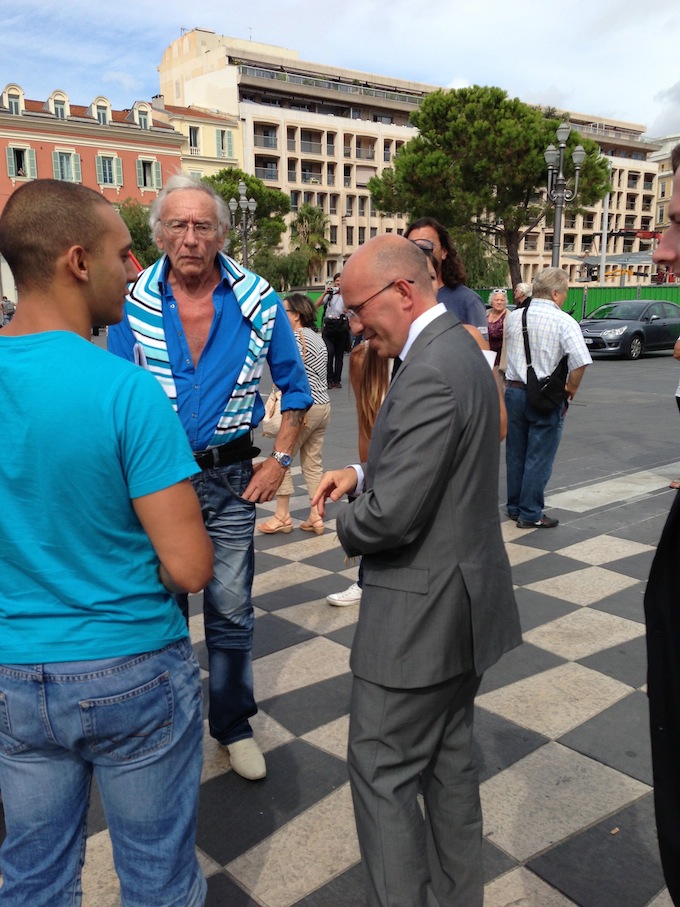