The annual Lou Festin dou Pouort in Nice celebrates its tenth anniversary this year, and promises to be one party not to be missed!

Every September for the last ten years, the Port de Nice has been transformed into a huge outdoor party with the Fête du Port (or Lou festin dou Pouort in Nissart). The celebration this year will be somewhat special, as the event hits double digits.

A joint venture organised by the CCI Nice Côte d’Azur, the Conseil Général des Alpes-Maritimes, the ville de Nice, the Métropole Nice Côte d’Azur and the région Provence Alpes Côte d’Azur, this event attracts thousands of visitors every year, giving the local businesses a great boost, if only for one night.

There are plenty of events on the programme for the evening, happening throughout the port and suitable for all the family. The younger visitors will be able to partake in any of the numerous workshops and animations, alongside bouncy castles and a special segway demonstration. 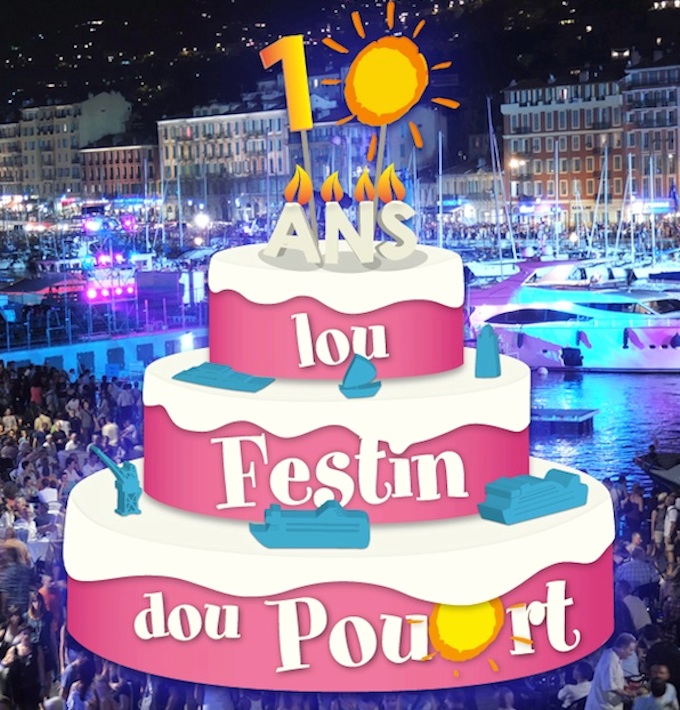 For the adults, there is plenty of musical entertainment taking place on all the quays of the port. A Jam, Miss America and our friends, Pete & Folks, all take to the stage on Quai Infernet, whilst The Rolling Boys, Tropical Swing and the Gipsy Princes play on the Quai Papacino / Cassini stage. Gigi de Nissa, The Kitchies, Les P’tits Gars Laids and Nux Vomica all perform on the Quai Deux Emmanuel Entrecasteaux stage.

If music is not your thing, though it will be difficult to avoid, you can always spend some time at Le Village des Chefs, and sample some of the gastronomic delights on offer from local chefs and pastry chefs, in conjunction with the Slow Food Movement of the South East and Monaco. The village will be located on Quai Cassini.

All the local restaurants and bars in the vicinity of the port will also be open and only too pleased to welcome you to join in their festivities, and there will be plenty of food stands scattered throughout the port itself.

There is a special aerial display planned for 10:30pm on Quai de la Douane, alongside a livre d’or géant, where you can leave your birthday wishes or commentaries on the event.