The Princess Grace Awards Gala will be held in the Prince’s Palace in Monte-Carlo, for the first time ever this September.

Small though it may be, the Principality of Monaco has a huge social conscience, far outweighing its geographical size – and this weekend it will proudly display its philanthropic credentials when their Serene Highnesses Prince Albert II and Princess Charlene host the Princess Grace Awards Gala in the Prince’s Palace in Monte-Carlo.

This will be the first time that the ceremony for the presentation of the Princess Grace Statue and the Prince Rainier III awards will ever have been held in Monaco, and follows the express wish of Princess Charlene for a unique setting to honour the legacy of Princess Grace.

Remembered as much for her compassion as for her elegance and beauty, Princess Grac e endeared herself to the Monegasque people with her commitment not only to the role she had so completely embraced, but also to her philanthropic work, included in which was her enduring love for the arts. The Princess harboured a deep desire to assist emerging artists in the world of theatre, dance and film to pursue their dreams, and after her death in 1982, Prince Rainier established the Princess Grace Foundation-USA which has – over the past three decades – provided grants to help over 800 artists to develop their talents. 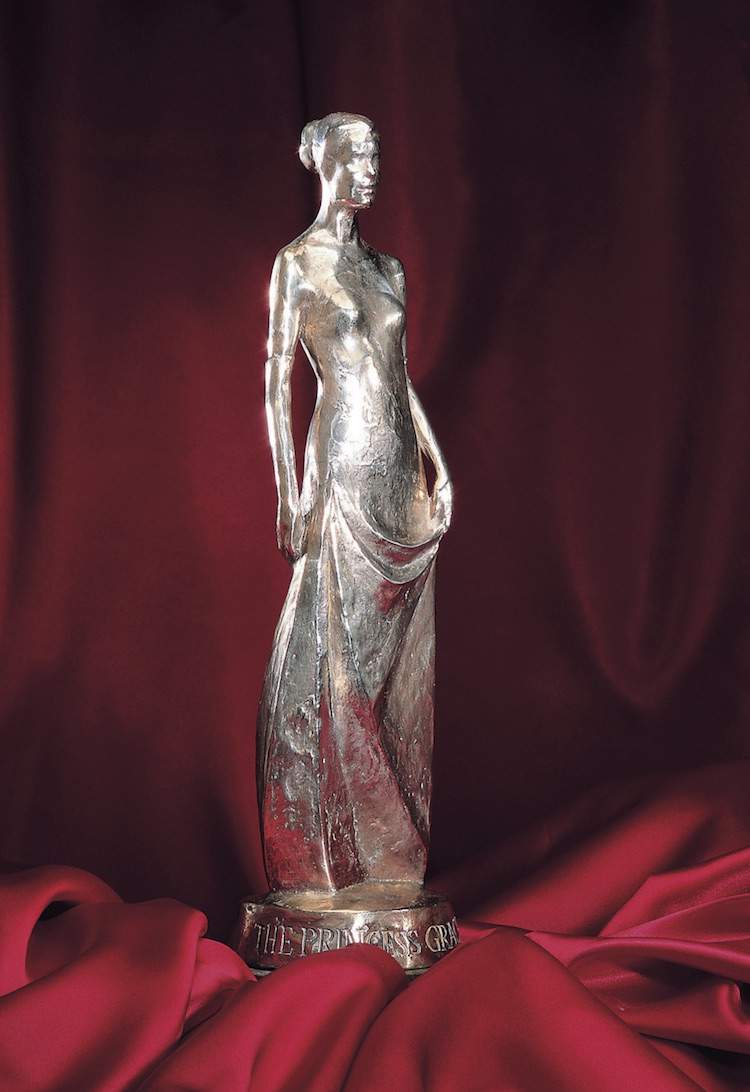 From the ranks of previous winners of the Princess Grace Foundation Awards, some recipients – who have displayed consistent excellence in their chosen field – have been selected for the Foundation’s highest honour, The Princess Grace Statue Award – a monetary gift and a bronze statuette of the Princess, created by Dutch sculptor Kees Verkade. To date, only fifty-four of these awards have been made, and this year, it will be presented to Emmy Award winning director, writer and cinematographer, Cary Fukunaga – winner of a Princess Grace Award in 2005.

Cary Fukunaga’s first film Sin Nombre – written and directed with support from both the Foundation and the Sundance Lab – premiered at the Sundance Festival in 2009, winning the both the Directing and the Excellence in Cinematography awards. Jane Eyre followed in 2011, and the first season of HBO’s True Detective won Fukunaga a Primetime Emmy Award in 2014. His latest film, Beasts of No Nation, which he wrote and directed, is a drama based on the novel by Uzodinma Iweala,  dealing with the experiences of a child soldier fighting in the civil war of an unnamed African country. An in-house production by Netflix, it will be the organisation’s first premiere at the Venice Film Festival and will be screened there this week – two days prior to the awards ceremony in Monaco.

The prestigious event taking place this weekend in Monaco will also mark the tenth anniversary of the founding in 2005 of the Prince Rainier III Award. Established by the Princess Grace Foundation-USA, this honour recognises prominent artists in film, television or theatre who have not only been highly successful in their careers, but who have also made significant humanitarian contributions in their field. It is to be awarded to Academy Award-winning actor and director, Robert Redford, and Sybille Szaggars Redford. The award includes a grant of $25,000 to the philanthropic organisation of the recipients’ choice and a uniquely designed sculpture by artist Alex Soldier. 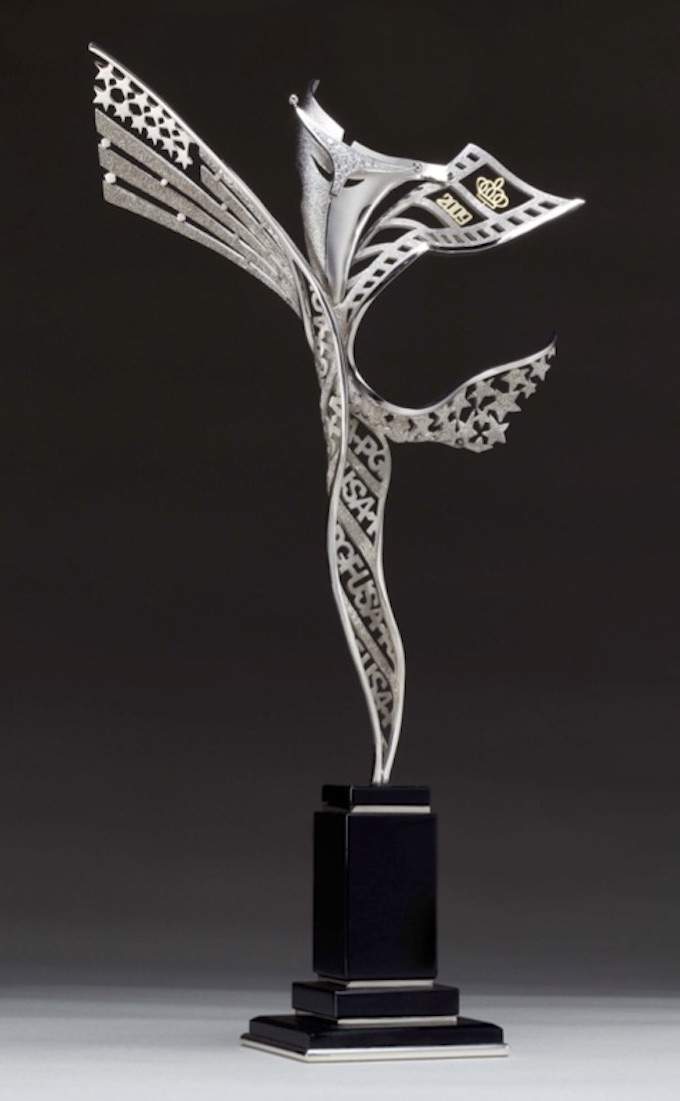 Robert Redford’s achievements as an actor, director and producer are well known, and previous awards include a 1997 National Medal for the Arts from President Clinton, the 2001 Freedom in Film Award, a 2002 Pell Award for Excellence in the Arts, and in 2010, France’s highest recognition, the Légion d’Honneur medal, from President Nicolas Sarkozy.

He has also represented Americans for the Arts on Capitol Hill, campaigning for arts funding and bringing together high level decision makers and thought leaders from the public, private and civil sectors. His many accolades for environmental advocacy include the 1989 Audubon Medal Award, the 1987 UN Global 500 Award and the 1993 Earth Day International Award. 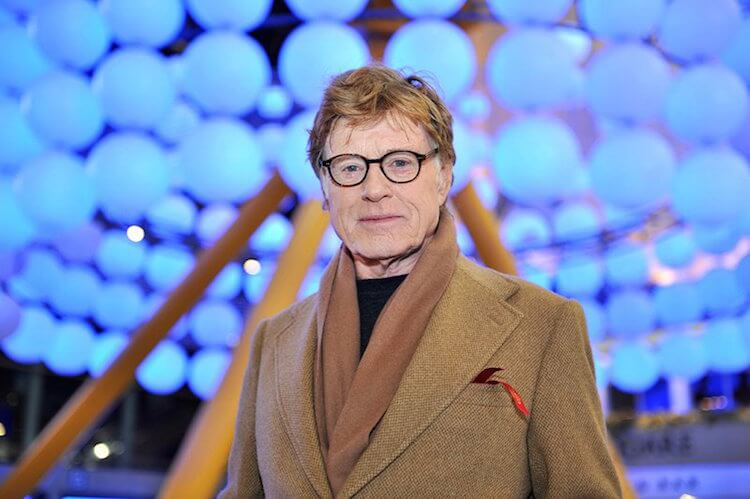 One of Robert Redford’s most notable accomplishments was the foundation in 1981 of the Sundance Institute, internationally recognized as the single most important showcase of independent cinema, dedicated to the support and development of emerging screenwriters and directors – a mission which closely identifies with that of the Princess Grace Foundation-USA.

Sibylle Szaggars Redford has been internationally recognised for her contribution to the visual arts, and for her commitment to reflecting some of the most crucial global issues of our time – the dangers of extinction, our vanishing wilderness and the need for the protection of the environment.

Her collaboration with Icelandic composer and musician David Thor Jonsson in 2013 resulted in the creation of a concept for performance art entitled The Way of the Rain, a tribute to the earth and its universal elements. This concept was developed further in a collaboration with musicians Will Calhoun, Dave Eggar, Chuck Palmer, choreographer Desmond Richardson, lighting designer Steve Cohen and video editor and projection artist F Thomas McBee III, and the latest version was presented at the Sundance Festival in January this year. Ms Szaggars Redford most recently exhibited exclusive pieces of her work at the Salk Institute for Biological Studies in La Jolla, California.

The Princess Grace Awards Gala – which also represents a significant increase in the collaboration between the Princess Grace Foundation-USA and the Fondation Princesse Grace de Monaco – takes place at the Prince’s Palace, Monte-Carlo, on Saturday, 5th September.