Mud, mud, and more mud…that is the order of the day for the exciting race that is coming to Levens, just outside of Nice, this June.

Held for the first time in our region last year, the Mud Race in Peyrolles attracted some 7,500 “mud guys” that ranged from beginners and regular runners to hardcore thrillseekers. The Nice edition promises to be as exciting with no less than 22 crazy obstacles, including muddy crawls and giants slides, spread over a 13 kilometer course that will test the endurance but also mental limits, strength and vitality of the participants.

Individual entries are accepted, but since the race emphasises camaraderie and team spirit, it is highly recommended to participate as a group. What matters after all, is not being the fastest, but rather completing the course, having a good time doing it and enjoying a well-deserved Mud Beer after crossing the finish line!

But if getting down and dirty is not your idea of fun, then a trip to Aix-en-Provence in October for the only Colour Run organized in the South of France may help you see the world in pink, blue or green. Inspired by India’s Holi festival, “the happiest race on the planet” is a unique 5km that has already taken the U.S. by storm and is now invading Europe.

The first French edition was organised last year in Paris and attracted about 13,000 runners, followed by another event in Marseilles five months later. The event returns to the French capital on 19th April this year, and you can catch the Aix-en-Provence edition on the 4th October. There will also be one held in Nancy on the 31st of May. 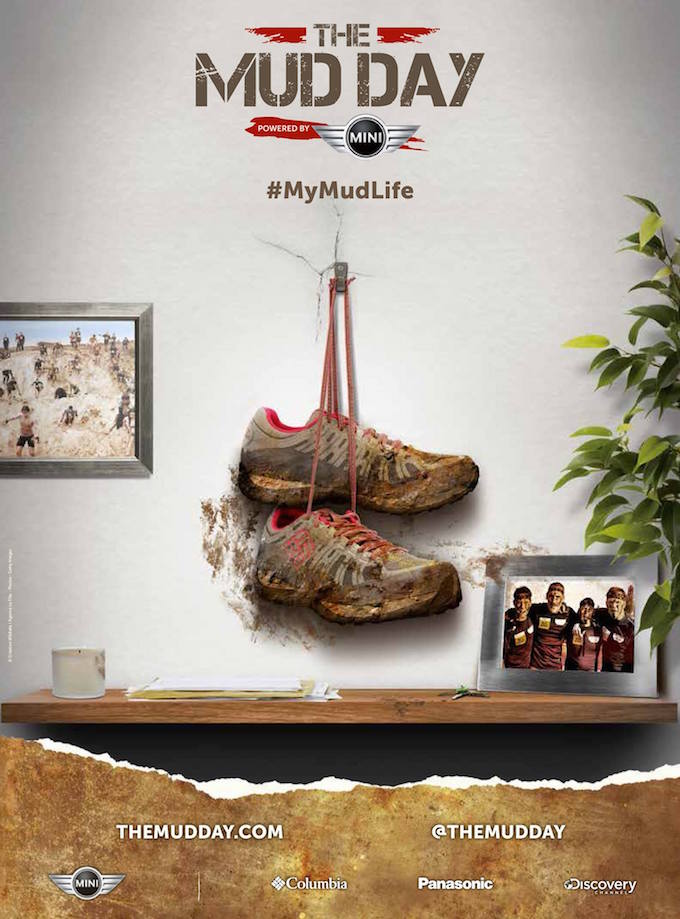 The race is only intended for fun, and the goal is not to run fast or to challenge oneself, but just to complete a 5km course while being plastered with powdered paint (made of 100% natural food-grade cornstarch) in all colours of the rainbow. Pretty much anyone can take part in the event, the only requirement being for all participants to wear white! Once the race starts, then it becomes a real colour fest: After the first kilometre, runners are doused in yellow, then after the second, they are blasted with blue and so on, until the finish line when they are covered head-to-toe in all imaginable hues.

And if you just can’t choose between the two events, then why don’t you just get splashed in mud in June in Nice before seeing the world in multi-colour four months later in Marseille!