It was “Like at first sight” when Régine Jullien, the documentalist of the Lycée Les Eucalyptus in Nice, and Riviera Buzz reporter Natja Igney stood shoulder to shoulder in a crowd of 30,000 at the Charlie Hebdo march in Nice to express their sympathy with the victims and their support of right to freedom of speech. A chance encounter which would result in discovering an exemplary school programme focused on harmonious intercultural integration and supporting academic talent regardless of national, ethnic or religious background that is hard to find elsewhere.

It started out with Régine’s simple question, “Would you like to come to our school to talk about the work of a journalist?”, which of course was answered in the affirmative. And Régine is a woman of action…. She promptly set up a meeting between our reporter and her allophone class, a group of about 30 students of 13 different nationalities, aged between 15 and 18, none of them a native French speaker, and most of them with personal stories of hardship and struggle that are hard to fathom for us in the Developed World. 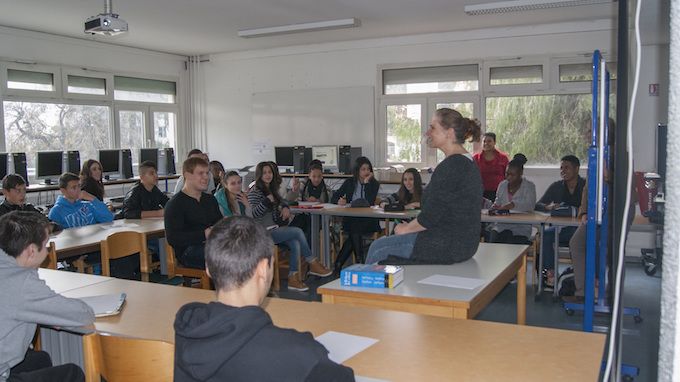 Students from Bangladesh, Brazil, Russia, Tunisia, or Syria, to name but a few. You could have heard a pin drop, the way these young people were glued to our reporter’s lips. The questions asked during the Q&A were intelligent and thoughtful, and the consensus among this multicultural audience was to present a united front in support of tolerance and peace. An excellent testimony to the work the teachers are doing at this long-established school… in a part of Nice that does not count among the choice locations for the wealthy and privileged.

At the end of the session, a young man approached the speaker and offered her a pencil from which he had shaved off two sides and etched these words in the wood:

When we spoke to him, we learned a life story so hard and so inspiring at the same time that it is worth sharing…. and yet it is not a unique one among these teenage students, but rather one representative for many similar fates.

16 year old Valmir Popaj (pictured above, lead image) comes from the town of Rahovec in Kosovo-Albania, population ca. 55,000. Growing up in a dysfunctional family environment that didn’t recognize and nurture his remarkable intellectual capacities, he realized there was no future for him. So one day, he just walked out of town, and toward Western Europe. That was in December 2013, and Valmir was just 15. No money, no means of transport, and no idea where he was going….. but with a clear vision: what he wanted, more than anything else, was a chance to go to school.

And so he walked…. or sometimes hitched a ride with a car….. across half of Europe for 16 days, until he ended up in France, quite by chance and happenstance. He didn’t speak French at the time but he was fortunate and determined enough to find an organization that helped him join an Independent Living household in Cannes which offered him the opportunity to pursue his dream of getting an education, placing him at the Lycée Les Eucalyptus in Nice. With no family, and still a minor, his education and welfare are administratively overseen by a judge. Today, speaking nearly flawless French after only 13 months in the country – in addition to some English and his native Albanian – this extraordinarily intelligent and diligent young man’s next great goal in life is to become an investigative radio or TV journalist, and his biggest wish is to find an internship in the media. (Any readers who might be able to facilitate this in any way are encouraged to contact the magazine.) 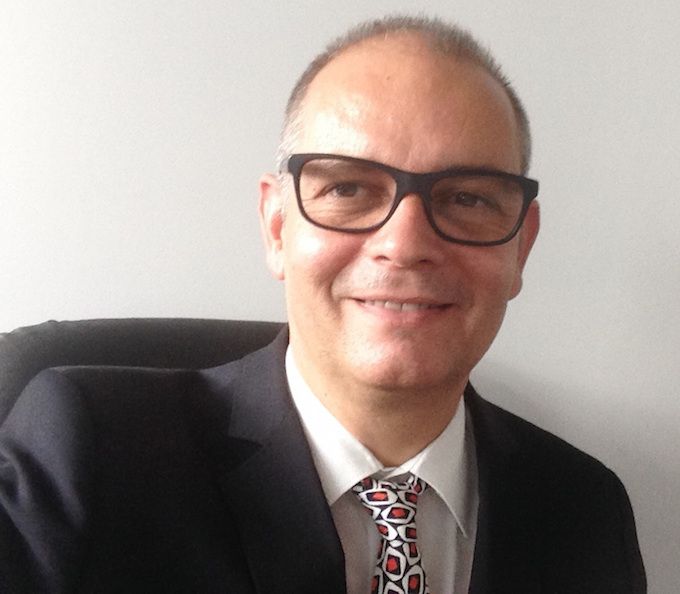 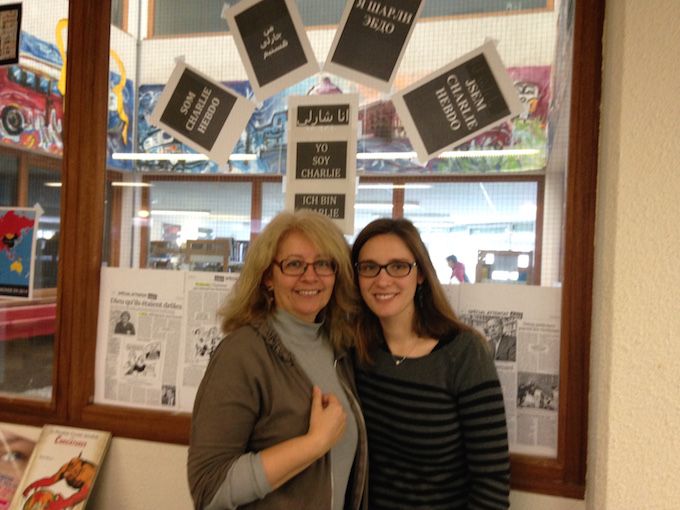 Needless to say that without extremely hard work on his own part, Valmir wouldn’t be who, what, and where he is today. But it is in equal part the merit of the school’s outstanding professional staff. Headmaster Hervé Beauvais (pictured above) is one of those rare exemplary educators who passionately seek out and introduce programmes to help students succeed, and his staff of 180 devoted teachers and administrators, including Régine Jullien and Virginie Dib, to name but a couple, spend tremendous amounts of time and energy to promote the successful multicultural integration of their allophone students. The love for their protegées is genuine and palpable….. and it is clearly returned in equal measure.

The Lycée Les Eucalyptus has a long-standing tradition in Nice. Celebrating the 50th anniversary of its foundation this year, it started out as a school for mechanical training, known as Centre d’Apprentissage Lamarque. Today, although still heavily focused on education in technical and engineering trades, it also offers a wide variety of extracurricular cultural and athletic activities for the 1,411 students, including 94 girls, from France and around the world.

Asked what they want for themselves, these young allophone students answer, “Integration, the peaceful coexistence of cultures and religions, and an education.” To see a school so determined to give them the opportunity is heartwarming. And it inspires confidence that the horrors of the early January days will never happen again. Teachers are heroes with pens. And so are students. 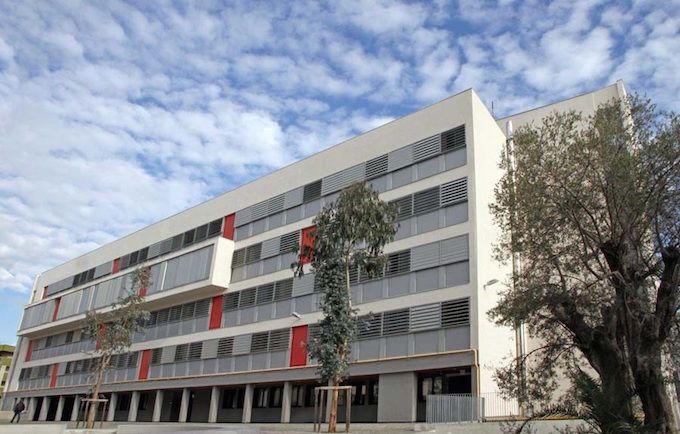