Local commuters who rely on the TER train service gathered at Gare de Nice-Ville on Saturday to say that they have had enough.

Last week in Monaco, when five upset rail-users decided to block a train that was going back to Nice empty, leaving behind hundreds of people who just wanted to get home after a long day at work, it may have seemed like a spontaneous act of despair that would have no consequences.

But when the following Saturday, nearly 200 people met in front of Nice Ville station to draw attention to the many train malfunctions that plague their daily commute, it became clear that the stranded passengers as they like to call themselves, have now decided to unite to make their voice heard. 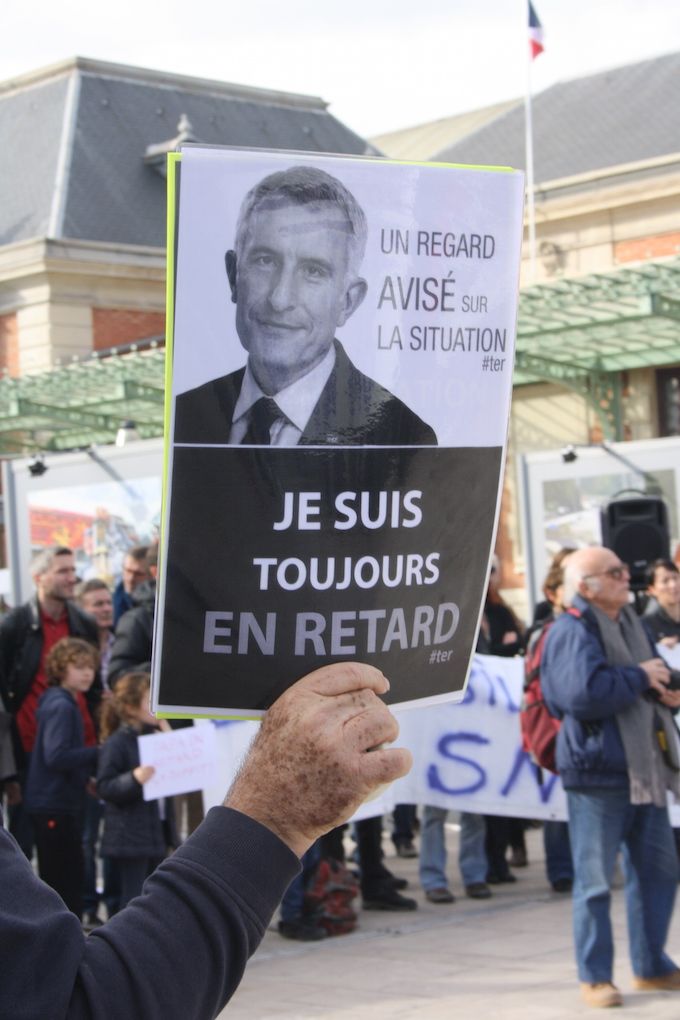 Indeed, for people who take the train every day to go to and from work between Grasse and Menton, there is now a more than one in three chance that their TER – the train express regional – will be delayed or cancelled. This is how bad the daily commute has become in our region on a normal day! And that of course without counting the numerous strikes, the overcrowded trains, the unexpected “technical problems”, the lack of reliable information…All in all, the journey is rarely a pleasant experience and the prospect of a train from Cagnes to Monaco every 15 minutes during peak hours (6:30 am – 9 am and 4:30 pm – 7 pm) is still a long way off.

Yet, the region is still hoping the TER will become an alternative to cars. 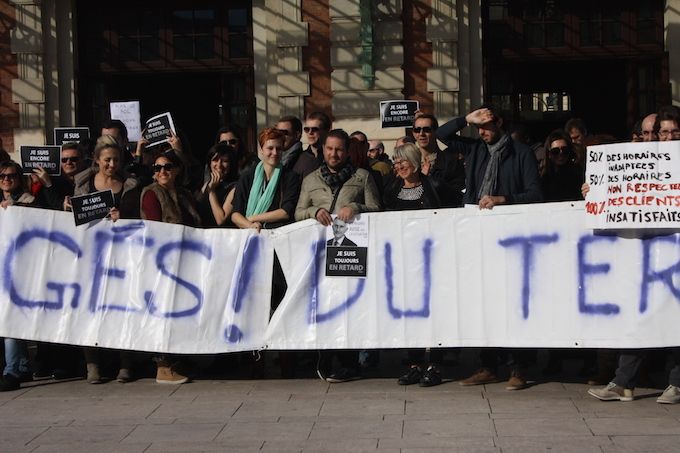 The protestors, lead by Eric Saury, the man behind the 2007 blog les naufragés du TER Grasse-Vintimille – “the stranded passengers of the TER” –, or the NTGV, had hoped to talk to Guillaume Pepy, the president of SNCF, the French national rail authority, who was in town to celebrate the 5-year anniversary of the Nice-Moscow line, but received instead a flat refusal.

This did not put them off going ahead with this first demonstration. Their message to the authorities is crystal clear, they « no longer accept the unacceptable. » More demonstrations, a petition and even a class action are next on their agenda, leaving no doubt that all concerned are now in for a long fight!