Galerie Ferrero hosts a very interesting exhibit put together by one of the Kennedy clan’s most famous biographers, Frédéric Lecompte-Dieu.

Former US First Lady Jackie Kennedy once said of her life

I have been through a lot and have suffered a great deal. But I have had lots of happy moments, as well. Every moment one lives is different from the other. The good, the bad, hardship, the joy, the tragedy, love, and happiness are all interwoven into one single, indescribable whole that is called life. You cannot separate the good from the bad. And perhaps there is no need to do so, either.

Running until the end of May, the 130 photograph exhibit entitled « Elle s’appelait Jackie! », (Her Name was Jackie!) pays tribute to a woman who was an undisputed icon of style and reveals hidden sides from all stages of her life, from childhood to just before her death at age 64. 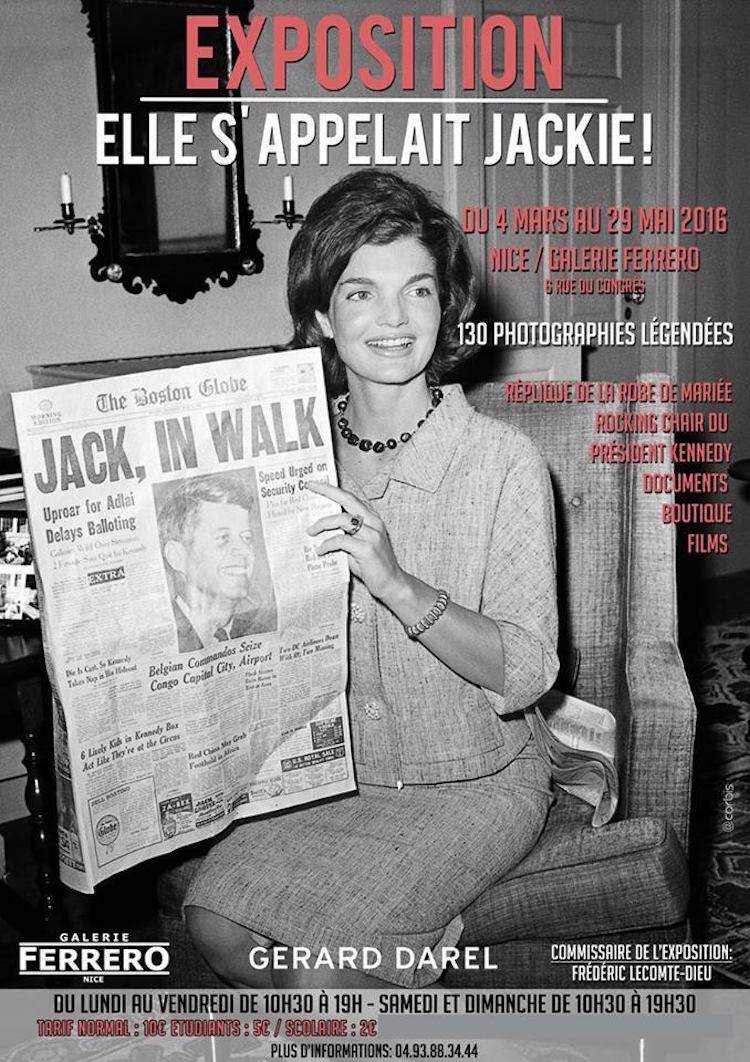 While some pictures are more glamorous, like for instance those of her wedding day or of the 1961 visit to Paris with JFK, others have a definite historical value, like the ones taken on that fateful day in November when Jackie, in a pink suit and matching pillbox hat, saw her husband assassinated before her eyes. And of course, some are just personal, like the photo showing her as a student in 1949, when she attended the University of Grenoble for six weeks, or the picture of her holding her children, Caroline and John-John, looking simply happy and relaxed.

On display also is a replica of Jackie’s bouffant wedding dress, created from almost 50 feet of ivory silk taffeta by African-American dressmaker Ann Lowe, the President’s rocking chair, as well as a few letters written by Jackie herself, some magazines and a 45 minute long movie.

As her brother-in-law, the late Senator Ted Kennedy put it, “Jackie would have preferred to be just herself, but the world insisted that she be a legend….”.

After seeing all those pictures, it is clear that, more than 20 years after her death, Jackie Kennedy still holds an unparalleled place in American history and will continue to fascinate many more generations to come. 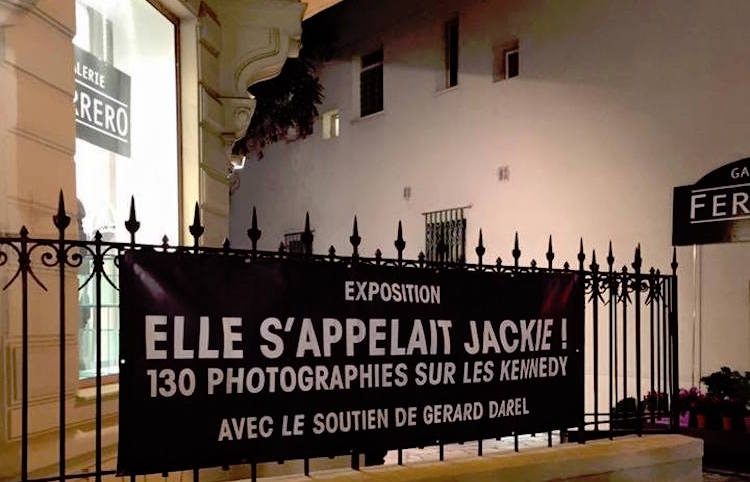