Nice has certainly no shortage of art galleries but the newly opened municipal Lou Babazouk art gallery in Old Town is not like all the others. Here, aspiring artists do not have to pay to exhibit their work. Instead, they can, upon simple registration, request to have their works shown for up to two months, provided they will not sell them.

“Nice has always been the land of the arts. Nature, with all its splendours, has always been a great inspiration. It is the light that Matisse and Renoir and so many other painters have come to look for here. This impetus towards creation must therefore not be the privilege of an elite but must be shared by as many people as possible,” mayor Christian Estrosi explains the philosophy behind Lou Babazouk’s concept. 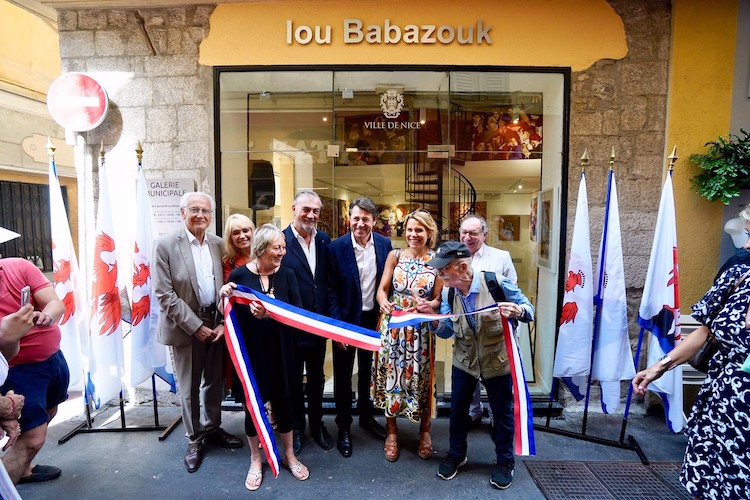 Intended to support creation, the gallery is open to any artist, professional or amateur, regardless of age or artistic criteria, and free of charge. Priority is given to the residents of Nice and its metropolis. Interested artists can register through the Ville de Nice cultural portal.

Six exhibitions per year, each lasting for two months, are planned here, and the honour of the inaugural show goes to Jo Guichou. The Niçois mother of five creates colourful paintings where humour and poetry mix with social criticism. For her, all materials are noble, worthy of being worked and transformed into a work of art, including… chewing gum! As one of only four artists in the world to have worked with this material she uses it for her sculptures, bringing out unsuspected plastic qualities. For those interested in the finer details of this specific technique, it works best when the gum is freshly chewed and still at body temperature…

The name Babazouk (meaning “Old Town”) is said to have been given by a certain Franceschin who first lived in the Arab district of El Bazoum in Algiers. This same Franceschin later set up a refreshment bar in the abandoned chapel of Saint-Joseph in the heart of Old Nice, a district which at the time was “as filthy as Algiers”. So, jokingly, he called it Babazum, which over time turned into Babazuk … a sound more pleasing to Niçois ears. 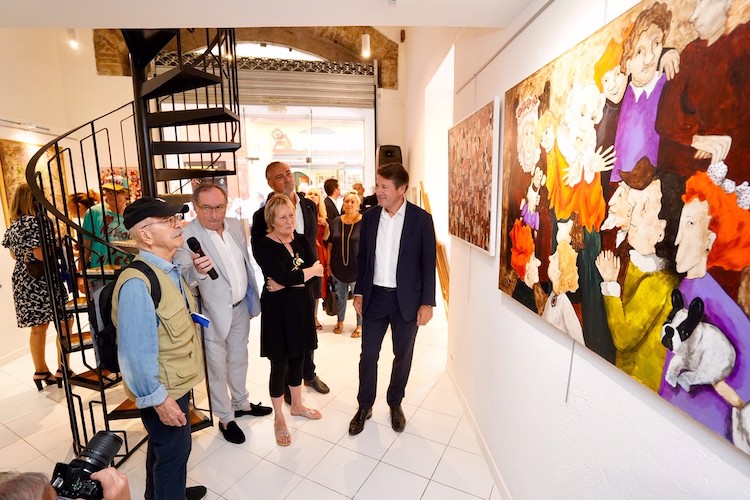 Of course – what else, this being Nice – the municipal gallery makes for some good polemics. There are those who fear that the art exhibited here might not be up to par with the high standards set by professional artists and gallerists in the neighborhood. But when asked, those did not see a problem. Aniko Papista, owner-manager of the wildly successful Gravis Art Gallery in 17, rue Droite, a stone’s throw from Lou Babazouk, thinks that “providing this platform is a great idea to both help emerging artists to produce their oeuvres as well as the region to keep is artistic image.” And Michel Anthony, the world-class sculptor and painter whose own gallery is just across from Aniko’s, agrees, stating that “Lou Babazouk, is an enrichment for rue Droite and Le Vieux Nice. Lately, many professional galleries had to close down and this new municipal gallery certainly adds to the artistic value of this street formerly known as ‘rue des artistes’.”

With such high-caliber endorsement and so many immensely talented local artists (we are thinking, for example, of Khaled Youssef or Jean-Charles Prini whose exhibitions are long overdue) Lou Babazouk is bound to be another gem in Nice’s cultural crown. Come check it out some time, or, if you are an artist, get yourself exhibited…