A play about breast cancer and death is not a topic theater visitors would readily flock to. And yet they should not miss Les Eaux Profondes.

When in 1986, famous American writer and actor Paul Linke lost his wife, singer Francesca Draper, to breast cancer at the age of only 36, he mourned her the way he knew best: he wrote a play honouring their 11 year marriage and their love story. A classic in the Anglophone world by now, this piece has now been brought to Théâtre BelleCour in Nice.

Directed and adapted into French by Patrick Zeff-Samet and played by Eric Fardeau’s local theater company Nouez-Vous, Les Eaux Profondes is the sensitively narrated story of Paul Linke’s autobiography “Time Flies When You’re Alive” about love in good times and in bad …. and beyond death.

It has been two years since Francesca (Céline Capacci) passed, and Paul (Eric Fardeau) reminisces about their time together. In retrospective episodes, he and Francesca relive their first meeting, their wedding, the birth of their children, and eventually the challenges they face when confronted with the horrendous diagnosis of terminal breast cancer.

Character profiles and associated philosophies to deal with the situation emerge, subtly at first, then crescendo: Eco-friendly and health-conscious Francesca has a deep aversion to hospitals and looks to any alternative treatment she can think of, without success. Paul, more conventional, is supportive, loyal, and deeply devoted, but increasingly torn between what seems advisable from a conventional medical perspective, and his wife’s desire to exhaust all other avenues, no matter how bizarre they might seem to him.

As treatments fail to work and the margin of hope narrows, their marriage comes increasingly under strain. Paul is already burdened with raising two young children when his sick wife gives birth to a third. Both find themselves in a roller coaster of emotions, not always in synch, often at odds…. optimistic, determined, hopeful, frustrated, angry, erratic, doubting, questioning, searching, desperate, overwhelmed, helpless, sad, and eventually, ever so slowly, accepting. In the end, they lose the fight against the almighty enemy, and Paul does the one final thing he still can do to prove his love: letting his wife go peacefully.

Heavy material, and it hits home closely to almost anyone. Who couldn’t identify on some level, who hasn’t lost a loved one yet, who hasn’t had to say goodbye to someone afflicted by cancer? Or, tragically, even knows firsthand what Paul and Francesca are going through? And yet, the couple still finds quiet humour and beauty in their shared memories, even toward the end. It is a bittersweet story – bitter for its topic but sweet in the love and devotion both have for each other, with a message of hope that death is actually not the end, that the one who has to leave continues to live on within your heart. 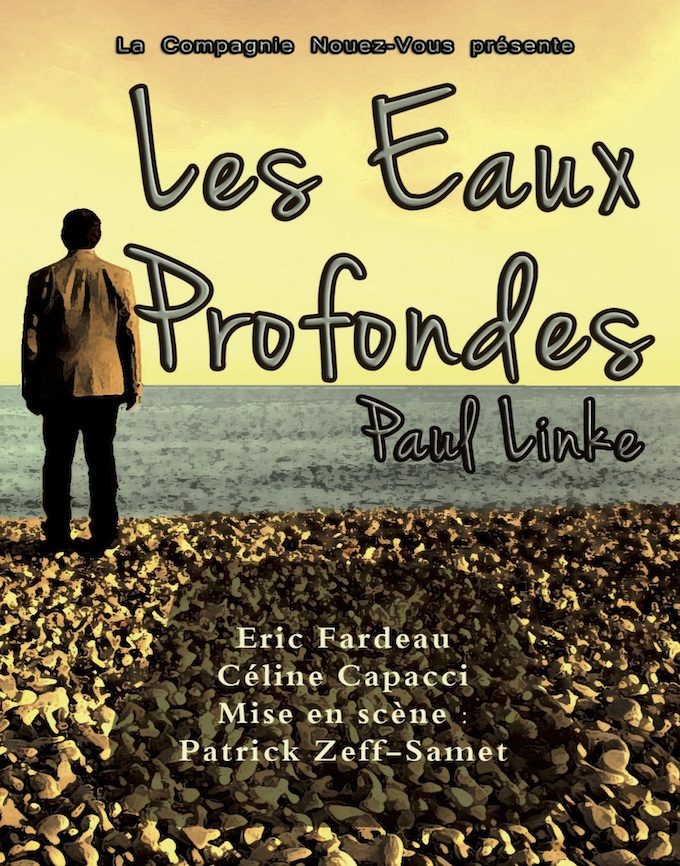 Carried by only two actors, both inhabit their characters credibly, paying a respectful tribute to a remarkable couple by delivering impressive performances in this very text-heavy and emotionally charged piece.

Eric Fardeau, as Paul, shines through versatility and impeccable transitions from monologue to dialogue, switching back and forth between the viewpoints of narrator of his own story from a distance of two years, to reliving the bitterness of the ordeal. Mastering an incredible breadth of emotions, he reaches so deeply within himself that real tears stream down his face in Francesca’s death scene.

Céline Capacci lends Francesca an almost ethereal quality as she transforms from a lively and healthy young woman to a mere shadow of her former self right in front of the audience’s eyes. This young actress has considerable talent, showing a thoroughly convincing performance which, in her own words, is her way of paying homage to a woman she never even knew.

The audience is noticeably touched – many to tears. The story certainly stirs up deep emotions, and so do the actors’ performances: you cannot help but wanting to reach out to comfort them both as they go through the characters’ individual and shared agonies…. and all the more so as this is the author’s autobiography rather than theatrical fiction. 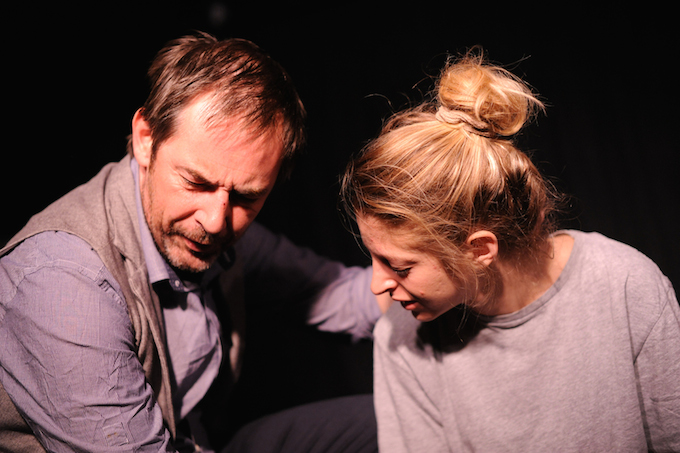 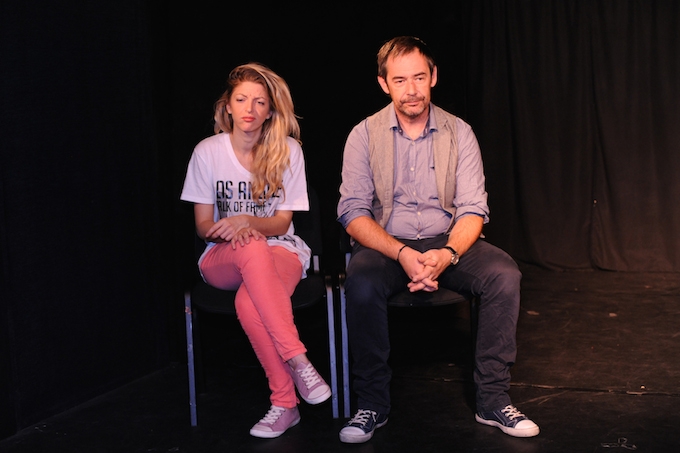 Director Patrick Zeff-Samet, with his personal proximity to Anglophone culture, does a very fine job adapting this quintessential Californian story to the French cultural context, counterbalancing American emotionality with French acting style, creatively utilizing a small stage, and preserving contemporaneous integrity through carefully selected music and other stylistic hallmarks of the 1970s and 1980s, the era the play is set in.

This is one of those pieces that make Niçois theater culture so special – diamonds can be found even in small and inconspicuous places. Despite the somber theme, this is a fine, thought-provoking, and deeply moving play, well executed on every level, which respects the original story and its two heroes by not veering off into either sappy or tragic territory. It definitely deserves wide attention. Currently, one other performance has been scheduled for 24th May at Pôle Culturel Auguste Escoffier in Villeneuve-Loubet, and a tour across other French stages is being discussed.