Every self-respecting metropolis the world over has its own English language theatre festival. Paris has finally caught with the Paris Fringe.

In a city as crazy about theatre and culture, and as multicultural as Paris, it is somewhat astounding that there has never been an English-language theatre festival so far. Well, fortunately that is about to change. On May 23, Paris Fringe – the first weeklong international theatre festival in English – debuts in La Capitale. Jointly created by Reka Polonyi and Dom Douglas, two veteran theatre practitioners with impressive international backgrounds, this first and rather ambitious edition features over 20 English language shows including theatre, comedy, musicals, mime and more.

Scattered around various venues in the 9th arrondissement – chief among them the venerable Les Feux De La Rampe theatre – the festival features both international work and France-based companies with a focus on innovative approaches to theatre and an emphasis on contemporary themes. Alongside are ample opportunities for artists, directors, and the audience to interact and exchange ideas in workshops and discussions. 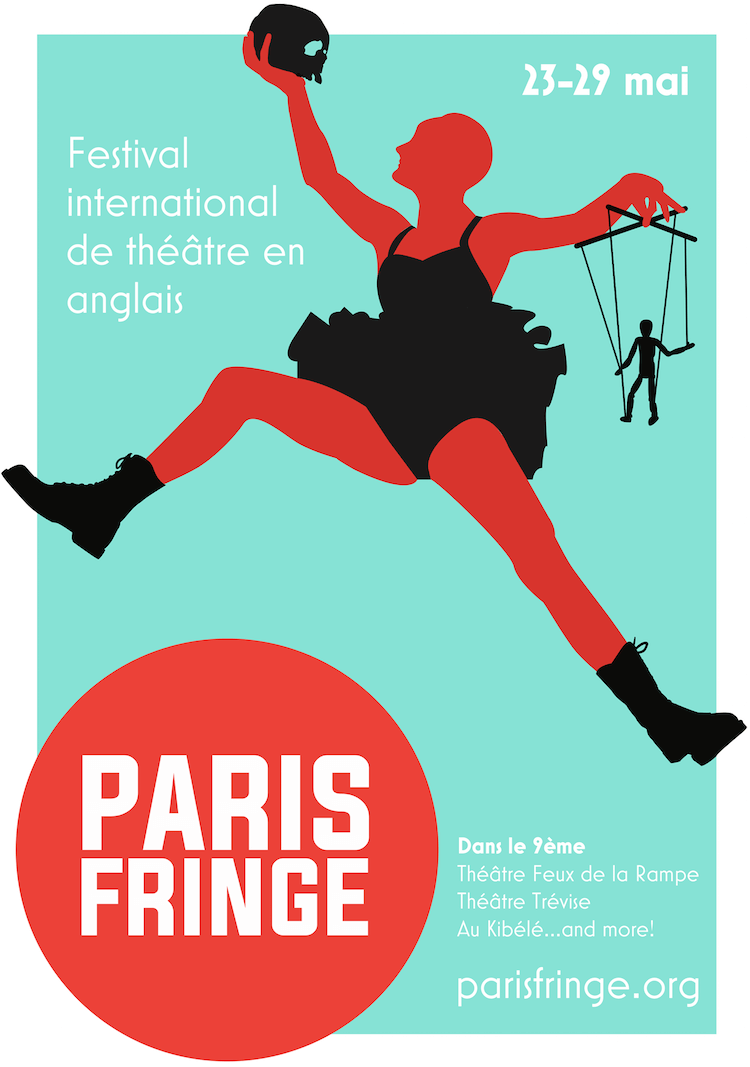 The festival was an evidence based on her personal experience, as French-Hungarian-American artistic director Reka Polonyi shares with us. Brought up and trained in the UK, Cuba and Ecuador, she has worked with international organisations (UNHCR, Refugee Resettlement) to promote rights awareness through theatre in Latin America and New York City. She came to Paris in 2013 not knowing what to expect but ventured into her new life readily enamored by the possibilities of such a cultural capital.

“Since then, I have been enjoying my conversations with fellow theatre practitioners here. They have varied from detailed accounts of training techniques to different tools used by French or UK-trained directors with local or international actors. I have listened to French artists expressing their worries over the “americanisation” of the art form and to non-French artists’ frustration at not being able to find an open, artistic niche to work and collaborate from.” The need was easily identified, and Reka decided to act upon it.

The first challenge she met was how to describe her theatre work, easily labeled in English, into French. “Social theatre”, “Theatre for Social Impact”, “Forum Theatre with refugee communities”? Is there such a word as “devised theatre”, “site specific”, or “immersive”? The terms I had accepted so fluently before came out sounding jarring and dogmatic,” she says.

Thus was born the idea of a theatre festival about bringing people together. With artists coming from around the world, it is an opportunity for a diverse group of local and international writers, directors, performers and choreographers to learn from each other and share new ways of working. “It is an attempt to answer the needs that we, together with my co-director Dom Douglas, have heard so far. It is an artistic platform for inter-cultural dialogue and exploration through performance and workshopping alike,” according to Reka.

Within the space of a week, from May 23 through 29, the accent is on issues of social awareness but by no means in a dogmatic manner, quite au contraire…a light, joyful, festive tone prevails. A true festival, a celebration of all things good and positive about theatre while not losing sight of its educational role in society. In a sea of festivals, Paris Fringe is doubtlessly one of the ones to watch. And of course, to attend.

Check the full programme and information about ticketing on the Paris Fringe website.