This summer, a world-class exhibition at the Grimaldi Forum Monaco trains the spotlight on the court life of the last imperial Chinese dynasty

To experience the pomp and circumstance, the taste and grandeur of the Qing emperors, you no longer need to book a trip to Beijing – the Forbidden City comes to Monaco and takes up residence at the Grimaldi Forum from July 14 to September 10. Over 250 remarkable objects from the former palace of the emperors and loans from major European and American collections invite visitors into the very heart of an emblematic setting, rooted in China’s collective memory and home to a heritage of inestimable value. Musée Cernuschi and the Musée du Louvre in Paris, the Victoria & Albert Museum in London, the Royal Museums of Art and History in Brussels, and the Arthur M. Sackler Gallery in Washington all contributed to the display, which is jointly curated by Jean-Paul Desroches, honorary general curator, and Wang Yuegong, director of the Imperial Court Life Department at the Forbidden City.

The Forbidden City is one of the most impressive palace complexes, and the world’s most popular tourist venue, with some 10 million visitors annually. Now both a palace and a museum, it served as the hub around which the new capital, Beijing, was organised. Created ex nihilo on the orders of the third Ming emperor, it was built at a single stroke between 1406 and 1420, and became the cradle of power for the Manchu dynasty for almost three centuries.

The personalities of the Qing emperors are a crucial element of the exhibition, most notably in the cases of Kangxi (1662–1722), Yongzheng (1723–1735) and Qianlong (1736–1795), who considered themselves exemplars of Chinese culture. As the “Son of Heaven”, the emperor was an all-powerful being and the nation’s military, religious and cultural leader. Visitors will discover items linked to these different functions, among them portraits, ceremonial costumes, furniture, precious objets d’art and scientific instruments, some of which are ranked as “national treasures”. Following the tradition of the Manchu people, whose powerful army, known as the Eight Banners, took control of China in 1644, the military conquests of the Qing emperors will also be represented by various objects and engravings illustrating their campaigns.

During the reign of the Qing, culture was what counted most of all. As reflections of official taste at one of the high points in the history of Chinese civilisation, the country’s various art forms, which had a marked influence in the West at the time, will be highlighted: the arts of the brush in calligraphy and painting, decoration in displays of porcelain and lacquerware, and music and opera. The virtuosity and sophistication of the art of the period have left an enduring legacy whose influence can be seen in the big landscape screen by Zhang Daqian (1899–1983), one of twentieth-century China’s iconic painters. 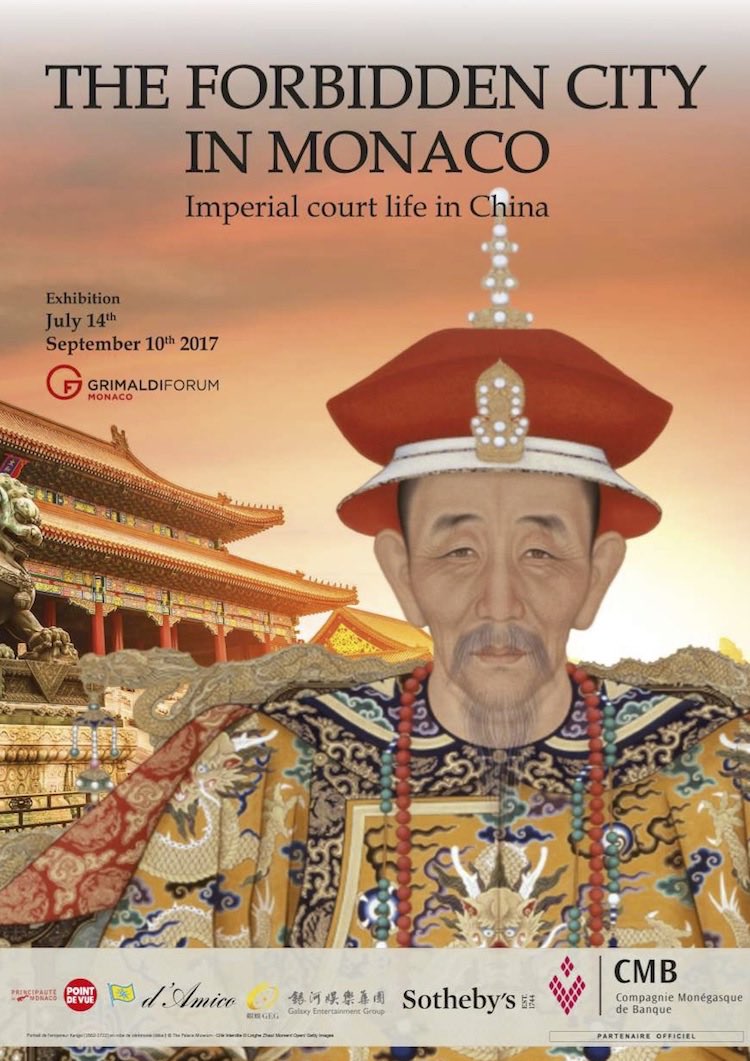 Designed to allow a relaxed stroll through the palace and into the gardens, the itinerary includes such emblematic features of the Forbidden City as the Temple of Heaven, the Throne Room, the Buddhist temple, the Temple of the Ancestors and the tea pavilion, immersing visitors in a trip to the historic heart of a civilisation several thousand years old.

The itinerary is organized around four main sections:

The exhibition opens with the history and origins of the powerful Manchu “Eight Banners” army. It was this that became master of a large part of China from 1620 to 1644. At that time, a new China was about to emerge, following the advent of the Qing dynasty, which succeeded the Ming dynasty and assured the unity of the country until the end of its reign in 1911.

The personality of the Qing emperors lies at the centre of this project, with particular regard to the Kangxi (1662 - 1722), Yongzheng (1723 – 1735) and Qianlong (1736 - 1795) sovereigns. As the representative of Heaven on earth, the emperor, called the “Son of Heaven”, was simultaneously military leader, religious leader, and at the head of the Empire’s ranks of scholars. After the military successes that carried the Manchus to power for nearly three centuries, the sovereign sought to justify his presence on the throne through the auspices of Heaven. The intermediary between heaven, earth and men, his power manifested itself in particular in this central place, the pivot of the world that was the Forbidden City. 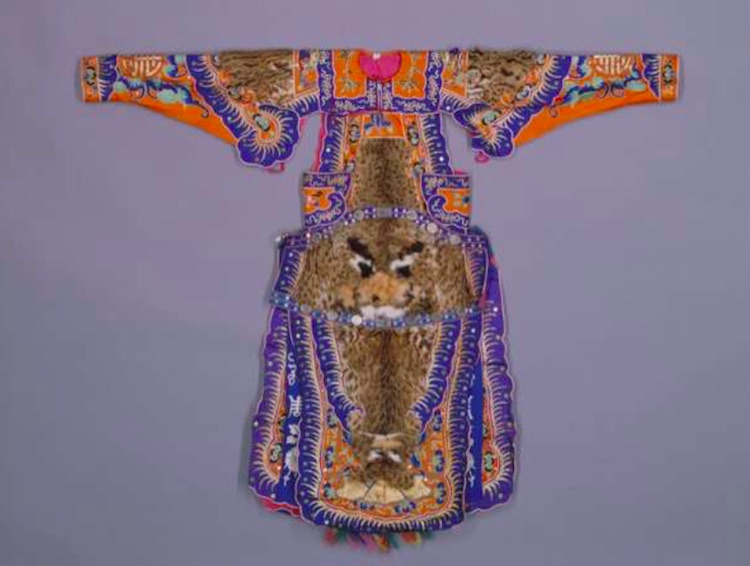 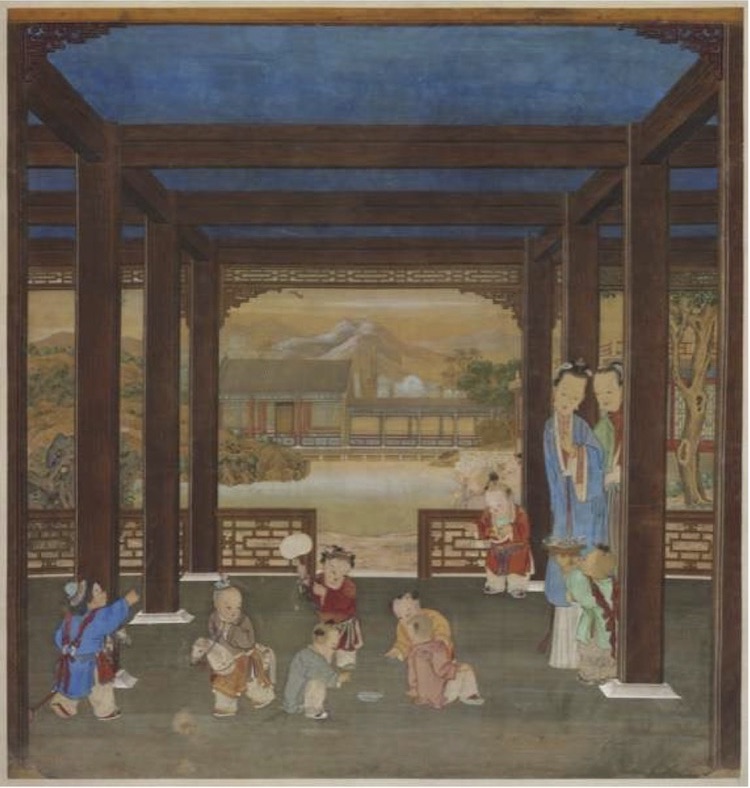 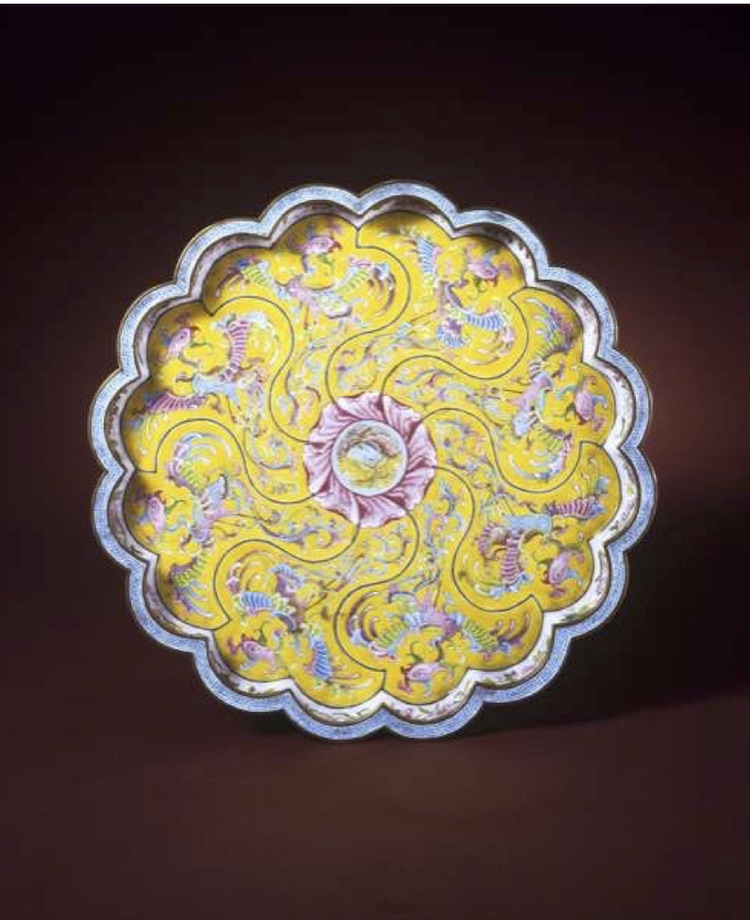 THE FORBIDDEN CITY, A “CITY-PALACE”

The palatial residence will be evoked by a series of rooms linked together by long purple corridors, each room testifying to the different functions of the Emperor and more broadly to the world of court life: The Throne Room, The Hall of Emperors and Empresses, a room dedicated to artworks created with the brush and to the imperial collections, the sovereigns’ Cabinet of Antiquities, the emperor’s private life, and the Cabinet of Porcelain. Another room is dedicated to the emperor as military chief, along with the gallery of battles, and the Dignitaries’ room. An evocation of a temple completes the interior.

After leaving the halls of the Palace, we visit a garden. This last section illustrates the Qing’s admiration for nature.

The scenography addresses the heritage question in an instructively modern way, notably through two models of monumental temples from the China Red Sandalwood Museum in Beijing, archival audiovisual material made public for the first time, and the immersiveness of its tour of the Forbidden City.

Each summer, the Grimaldi Forum Monaco produces a major thematic exhibition devoted to an important artistic movement, a subject of heritage or civilisation, a public or private collection, or any subject in which the renewal of creativity is expressed. It offers an opportunity to highlight its strengths and specificities, with a space of 3,200 sq.m. to create in complete freedom, placing the best technological tools at the service of the scenography, making use of the best specialists in each field to ensure the scientific quality of its exhibitions.

In 2001, the Grimaldi Forum Monaco honoured “China of the First Emperor” with an exhibition that has remained in everyone’s memory…

Opening on July 14 and running through September 10, 2017
Open daily from 10h to 20h
After-hour visits every Thursday until 22h

All other images courtesy Grimaldi Forum;