To honour his immense contribution, the Musée Cocteau in Menton is paying homage to late master photographer Lucien Clergue this spring.

There is so much more to Menton, Nice’s pretty little sister, than just lemons. Among others, the town is home to a world class collection of art revolving around eminent writer Jean Cocteau, its most famous adopted son. A significant contribution to that collection came from revered photographer Lucien Clergue who in 2011 donated 240 photos, mostly taken during the shoot of “Le Testament d’Orphée”, the 1960 black and white movie based on Jean Cocteau’s “Orpheus Trilogy”.

In a tribute to Lucien Clergue’s artistic genius and generous donation, the Musée Cocteau will be hosting an exhibit dedicated to his work around this film, to open on 24th April.

“I have the greatest respect for poets because they don’t need anything. They can just stick their finger in the sand and create a life-changing statement. That’s my ambition in life, being a poet, that’s my key word. Cocteau gave me the title of poet-photographer, and that’s the title I am proudest of,” Lucien Clergue stated years ago.

Born in Arles in 1934, he spends his life pursuing his passion of capturing both nature and art through the eye of his camera. His Provençal heritage shines through in his vivid, expressive work, featuring themes inherent to the South… the corrida, gypsies, the wild horses and bulls of the Camargue. He soon makes a name for himself internationally, and at only 27 years old, he mounts a major exhibit at the Museum of Modern Art in New York. 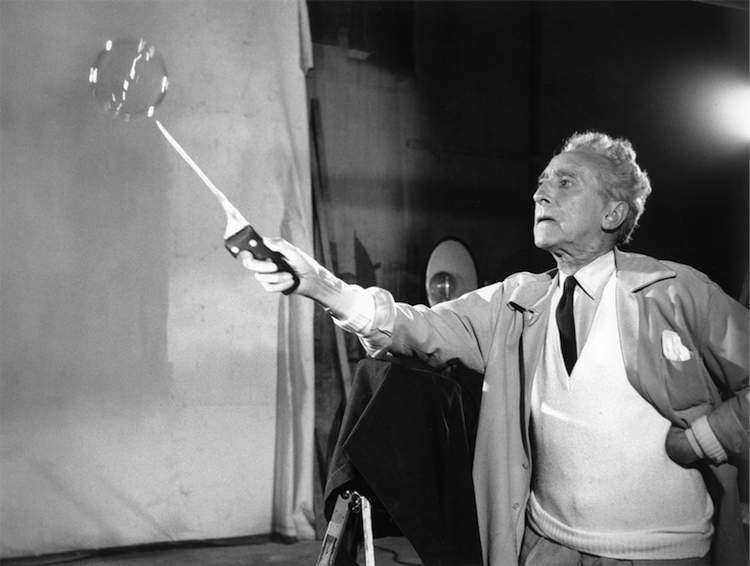 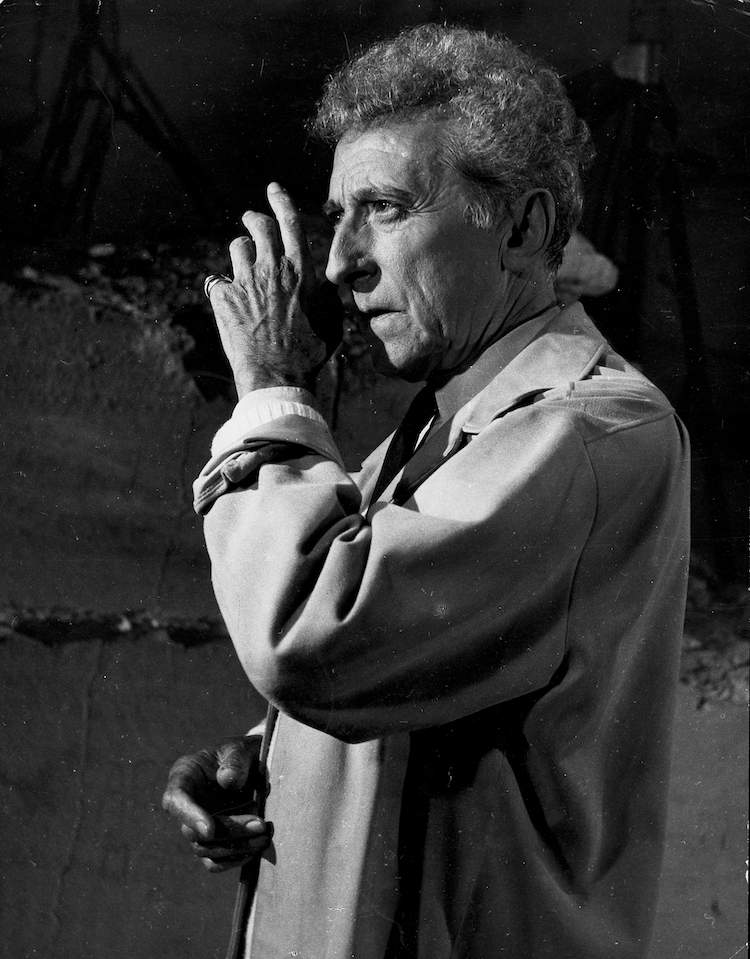 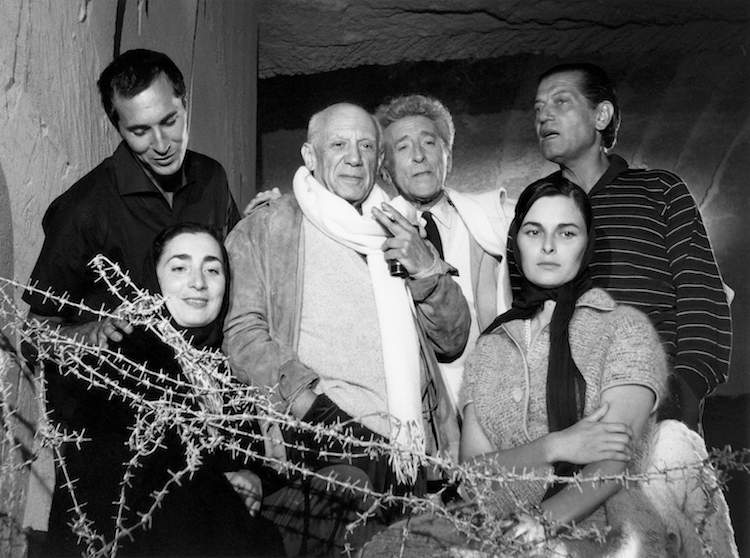 His friendships with several of the most formidable contemporary artists, among them Pablo Picasso and Jean Cocteau, allows him intimate access into their inner world and creative process. Along with photography, he is also fascinated by the medium of film and over time directs 20 shorts. He becomes the first photographer to be elected to the illustrious Académie des Beaux-Arts in Paris (2007), and as one of the most prolific camera artists of his time, he publishes over 800,000 photos and 75 books all over the world. His most famous book, “Née de la Vague” (Belfond Edition, 1968) marks an entire generation and to this day influences art photography. Lucien Clergue passes away in Arles in 2014 at age 80.

From 23rd April through 13th June, the Musée Cocteau in Menton presents a special exhibit honouring this exceptional artist’s work, featuring 70 images that recount the atmosphere during the shoot of Jean Cocteau’s film Le Testament d’Orphée. 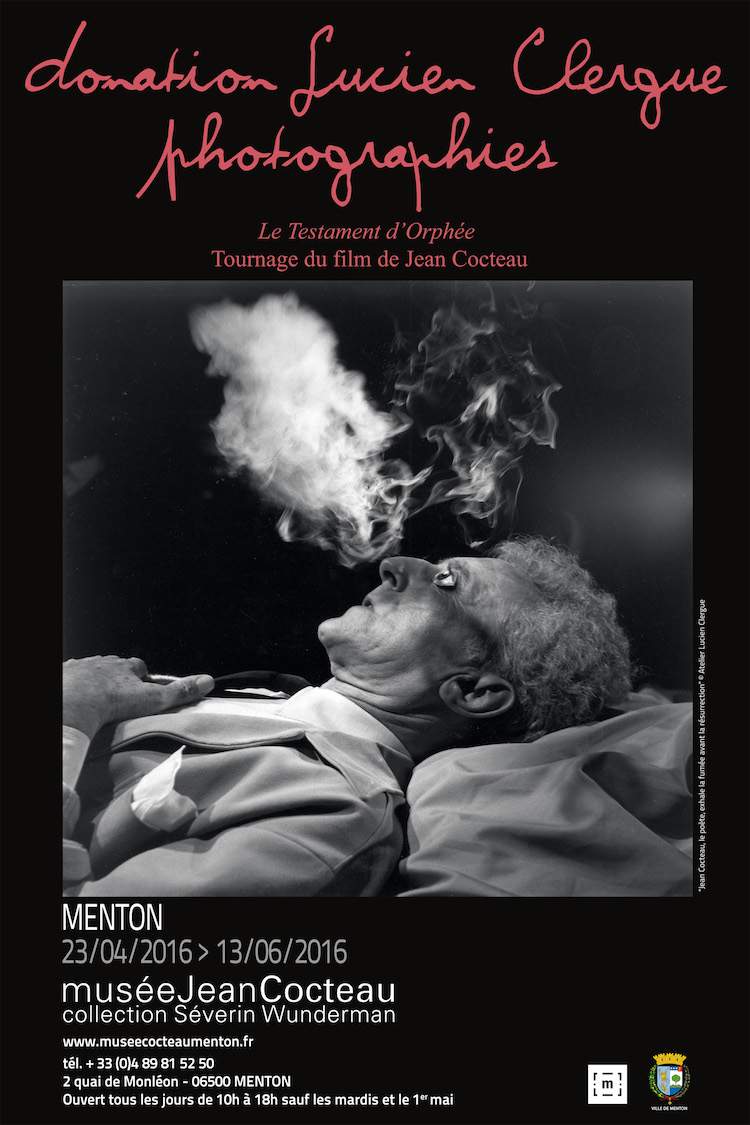 This collection is also a journey across some of the most beautiful locations around the South of France, starting out in Baux-de-Provence, moving on to Santo Sospir, Cocteau’s own residence in Saint-Jean-Cap-Ferrat, continuing in the streets of Villefranche-sur-Mer and heading to the rural hinterland before wrapping up in the Victorine Studios in Nice. A rarely seen contemporaneous photo documentation well worth the visit to the “Pearl of the French Riviera”, as Jean Cocteau called Menton.

The vernissage takes place at 6pm on Friday, 23rd April and the exhibition runs until 13th June at the Musée Jean Cocteau collection Séverin Wunderman in Menton. 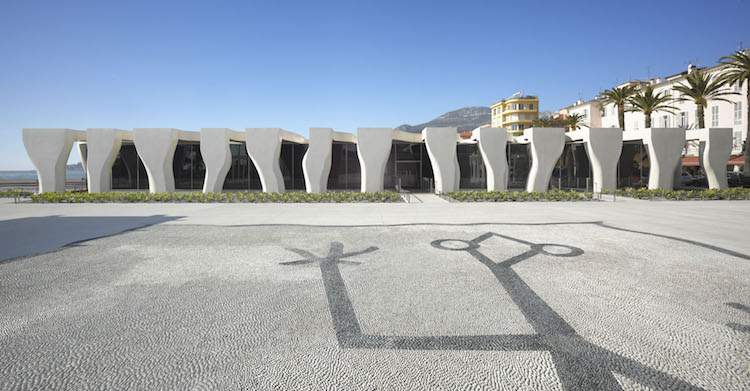