A temporary display of some of Impressionism’s greatest names is well worth the detour to the beautiful Musée Granet in Aix-en-Provence.

His name may be less readily recognized than those of his more famous fellow impressionist painters, but Charles Camoin was one of the founders of the Fauves movement, and among the most influential painters of his time. His ingenious mastery of the interplay of light and shadow is what earned him his reputation, and is also reflected in the title of a guest exhibit at the Granet Museum in Aix, Camoin Dans Sa Lumière (Camoin In His Own Light), which is still on through October 2. While focused on his œuvres, the display complements them with those of the artists he influenced and inspired the most: Cézanne, Manguin, Marquet and Matisse.

Born in Marseille in 1879, Charles Camoin is part of that generation of 19th and 20th century painters who revolutionized the arts once and for all. During his studies at the Beaux-Arts academy in Paris he meets Matisse, Manguin and Marquet who he will remain close to throughout his lifetime. He associates with the Fauves movement (“the wild beasts”, named so for their dramatic, flamboyant use of color in their work) whose most prominent representative is Cézanne. The two men also strike up a friendship by correspondence and inspire each other … in fact, Camoin becomes known as the “most Cézannian of the Fauves”. In contrast to his role model though, Camoin quickly becomes famous abroad, notably in Germany where as early as 1907, his work is shown alongside that of Macke and Kirchner in modern art exhibits in Berlin, Frankfurt, Cologne and Munich. Having earned prestigious distinctions for his artistic achievements throughout his lifetime, he dies in Paris in 1965. A substantial portion of his work is on permanent display at the Musée d’Art Moderne de Paris. 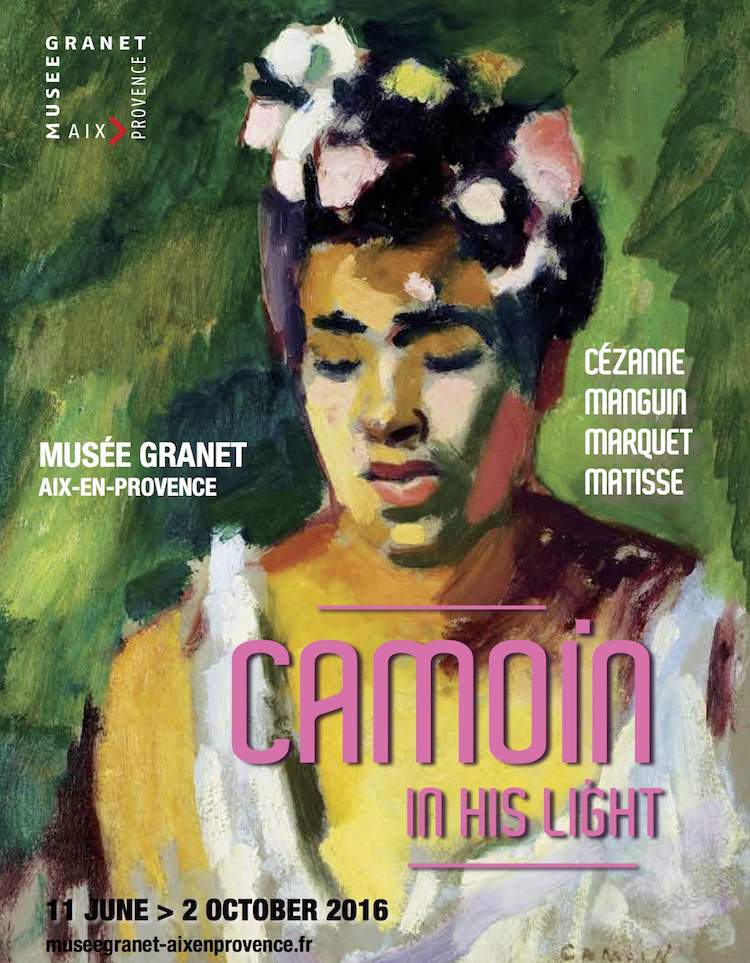 The exhibit at the Granet museum recreates the painter’s career, his artistic and personal choices, and the relationships that mattered to him throughout his life. His regular visits to Gustave Moreau’s studio, his ties to the Matisse gang of friends, his contact with Cézanne, his Fauvist years, his romance with his muse and fellow artist Emilie Charmy, and his stay in Morocco where he rediscovers the Mediterranean and where his style becomes more refined, increasingly capturing the particular light of the region. Alongside his tableaux, there are others of the painters he inspired, among them some never-before-seen-ones … all in all, this 700 m2 exhibit features more than 90 works honouring the artist.

The Granet Museum is one of those hidden treasures that art connoisseurs are more than happy to make a detour for but that the casual visitor to Aix is likely to overlook. First opened in 1838, it now houses over 12,000 works including chef oeuvres by Rembrandt, van Dyck, Cézanne, Giacometti, de Staël, Ingres, Degas, Renoir, Gauguin, Monet, Cézanne, Van Gogh, Picasso, Bonnard, Klee, Léger, and Dubuffet. Proof once again that fine art is not a prerogative of the French capital but has its rightful place even in small towns. Should you not be able to make it to Aix any time soon, you can still take a virtual tour of the museum.