Ask lovers of the plastic arts about their favourite artist or gallery in St. Paul de Vence, the romantic, cobblestoned hillside village a stone’s throw from Nice, and you’ll get as many different answers as the number of people you poll. Ask a group of music connoisseurs about their personal cultural highlight there, and the answer, unisono, will be, “The annual summer chamber music festival.”

When this year’s fifth edition opens on July 22 , artistic director Julien Kieffer and his team have every reason to be proud of their accomplishments in just a few short years. It was at his private initiative, along with a few of friends, that the festival was created in 2011. Since then, it has steadily grown in quality and popularity, so much so that it now attracts renowned musicians and ensembles from around the world. Two spectacular open air settings – the place de la Courtine with its glorious panoramic views from the rolling dark green Provençal hills to the sparkling blue Mediterranean Sea, and the vibrant Cour Giacometti at the Fondation Maeght provide the stunning décor for a ten day celebration of music….and more…..

True to the name of the festival, the program centers around classical and chamber music but it does not limit itself to it. The young organizers fearlessly throw 20th century American classic tunes and jazz in the mix – and it works… not only that, the different musical genres complement each other, since much of contemporary music is rooted in traditional oeuvres. The opening concert on Wednesday, July 22, is a perfect reflection of that concept when world famous South Korean cellist Sung-Won Yang and Quatuor Modigliani, a French quartet rightfully considered among today’s best, team up to interpret Schubert’s Quartettsatz, Dvořák’s American Quartet, and Schubert’s Quintet for 2 cellos. 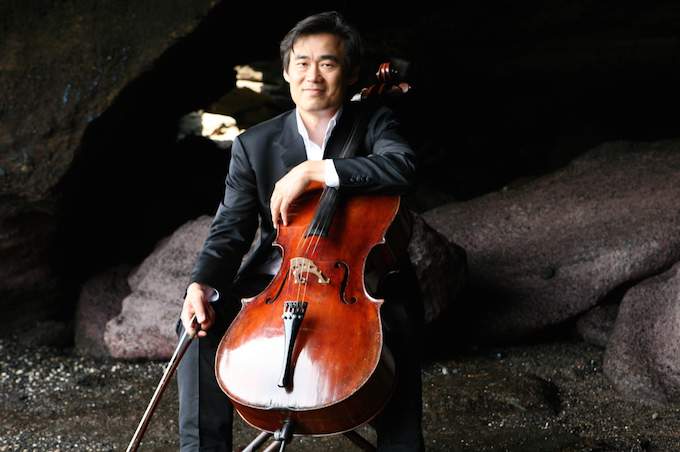 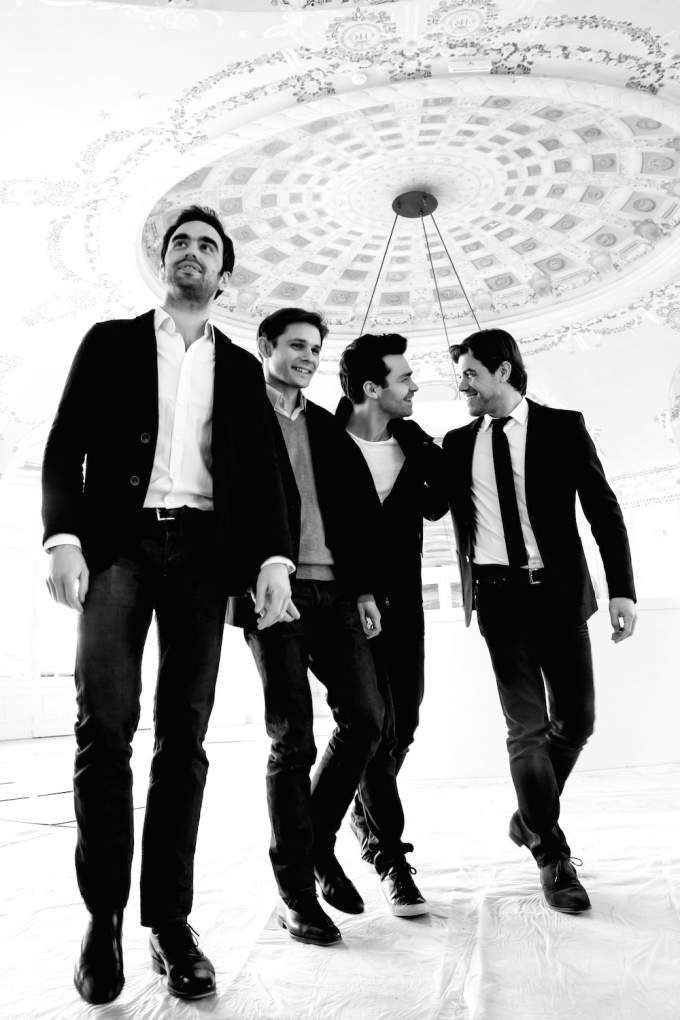 On Friday, July 24, a special treat for piano lovers when Alexandre Tharaud, one of the world’s best pianists, performs Mozart, Beethoven, and his own transcription of the famous adagietto of Mahler’s Fifth Symphony. 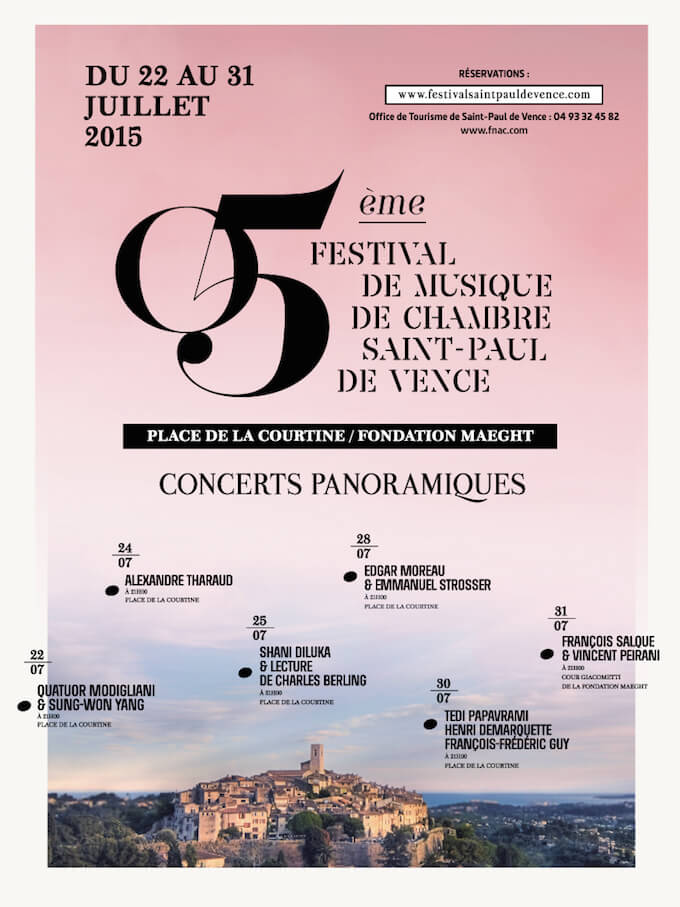 Back to classical music on Tuesday, July 28 when Edgar Moreau (cello) and Emmanuel Strosser (piano) revisit Débussy, Schumann, Beethoven, and Paganini. All of 20 years old, Edgar Moreau is hailed as a musical prodigy and was recently named Instrumental Solo Instrumentalist of the Year at the prestigious Victoires de la Musique 2015 Awards, comparable to the Grammys.

Thursday, July 30 opens with a conference on “virtuosity and the violin”, followed by a concert in which soloists Tedi Papavrami (violin), Henri Demarquette (cello), and François-Frédéric Guy (piano) play together for the first time, presenting a program with works of Beethoven, Duparc and Brahms which distinctly underlines the topic of the conference.

For the closing night on Friday, July 31 we move over to the Fondation Maeght, which provides the perfect backdrop for a night of virtuous jazz. Two instruments pair up in a rare constellation when François Salque (cello) and Vincent Peirani (accordion) take us on a musical journey through Eastern Europe. 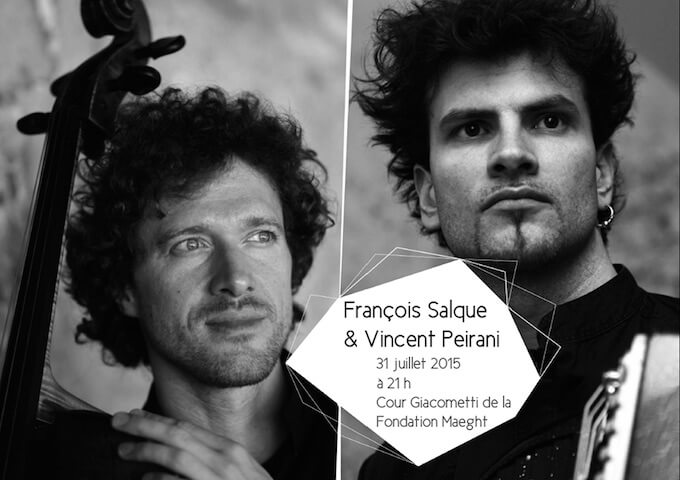 That is quite some star power and a sophisticated cultural program for a young festival, worthy of a five year jubilee. St. Paul de Vence in itself, with its perfectly preserved medieval flair, is an ideal location…. it has been a sanctuary for creatives from near or from for the past century. Despite the dreamy ambiance, hosting classical concerts under the open skies might appear like a challenge at first but the festival organizers left nothing to chance: an acoustic shell structure helps optimize the sound experience. All the more remarkable: the festival is not part of the Conseil Général’s series of cultural summer events but is privately financed with the help of partners and sponsors.

We ask artistic director Julien Kieffer (pictured below) to tell us about the genesis and development of this festival. “It all began when several years ago we were looking for a place to play a concert, and realized that place Courtine here in St. Paul de Vence would be an ideal venue. We talked to the municipality who was very open and supportive. One thing quickly led to another, and 2011 saw the birth of the festival,” he tells us. Since then, it has steadily grown, attracting now an anticipated 3,000 visitors in 2015. 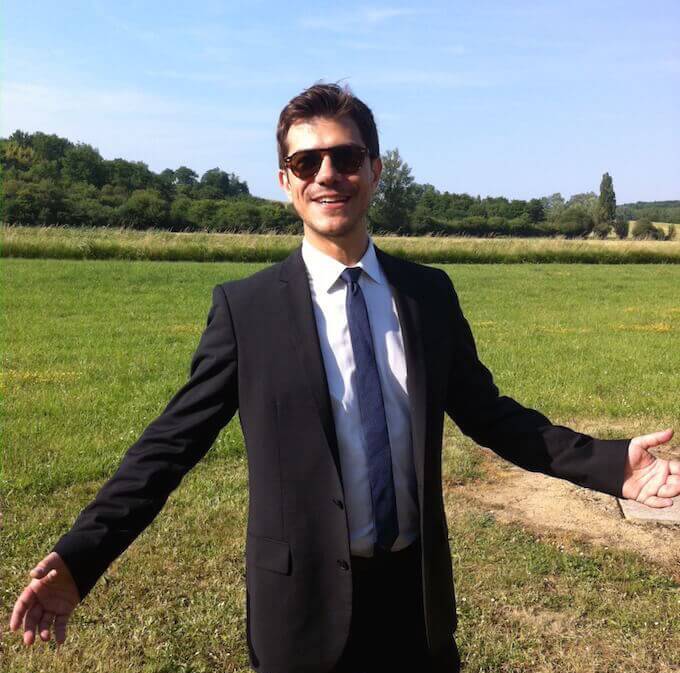 The red thread throughout… the glue that binds the concerts together into a festival… is the overarching theme of “encounters” in different forms. Encounters between styles, countries, instruments, and generations – designed to share and explore on stage, and to also make classical music more readily accessible to a younger audience and the local international community.

Talking to Julien, you realize that his passion is as deep as his knowledge, and we get a sense why that leitmotif of encounters, of bridging contrasts, is so important. It is representative of the spirit of the festival but also a central theme in his own life. “I grew up with music, playing the silver flute and violin at the conservatory. Some of my friends from those days have become professional musicians, and so has my brother François, who founded the Quatuor Modigliani and plays the cello in it. In the beginning, the festival was an adventure between brothers and friends but I find myself spending more and more time on it these day.” Although always passionate about music, especially classic and jazz, Julien pursued a different career path, working as a geography teacher with students from underprivileged backgrounds. “The difference between these two opposite worlds – that of the fascinating but sometimes rigid universe of classical music, and that of a rough school district where students often don’t have access to culture – is truly stimulating.”

Stimulating, certainly, but also mind-opening… and it is easy to see this influence mirrored in the program of the festival, in its emphasis on encounters, journeys, exchange and sharing. The subtitle already provides a clue …. “Six Panoramic Concerts” – and the view is not the only thing that is panoramic about them. A beautiful little festival to discover (or to come back to), one where the magic and harmony flows from the notes as much as from the philosophy of its creators.