February brings us a wealth of musical delights, courtesy of the orchestras and opera companies of both Monte-Carlo and Nice.

The Soloists of Monte-Carlo, under the direction of Jean-Louis Dedieu, are first in the spotlight, with a presentation of Stravinsky’s L’histoire du soldat (The Soldier’s Tale) as part of the Russia in Monaco festival. This combination of orchestral music, dialogue and theatrics, was based on an ancient Russian folk tale, but the music couldn’t be further removed those origins! When Stravinsky wrote the score in 1918, his awareness of the emerging jazz movement was having a profound effect on him, and his score certainly reflects his growing fascination with it. The soirée – with the participation of the Princess Grace Academy of Dance – takes place in the Auditorium Rainier III on Thursday, February 5th, at 18h30. For tickets, call +377 98.06.28.28.

In the year of Mozart’s 259th birthday (the anniversary was on January 27th) Nice Opera presents four performances of his much-loved opéra bouffe, Così fan tutte. With libretto in Italian by Lorenzo da Ponte, it’s a light-hearted work which revolves around the consequences that follow the decision by two young officers to put the faithfulness of their respective fiancées to the test. Così fan tutte stars Nathalie Manfrino as Fiordiligi, Daniela Pini as Dorabella, Mattia Olivieri as Guglielmo and Valerio Contaldo as Ferrando, and the Nice Philharmonic Orchestra and Chorus are conducted by Roland Kluttig. Performances take place on February 15th, 17th, 19th and 21st. 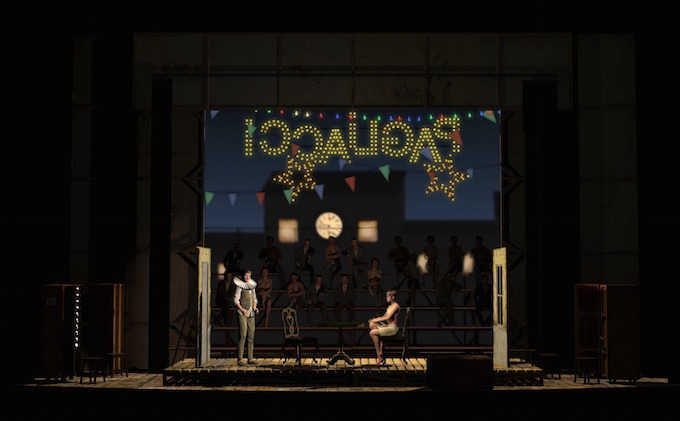 On February 19th, Opéra de Monte-Carlo presents a double-bill, featuring two one-act operas, Une Tragédie Florentine by Alexander von Zemlinsky, and Ruggero Leoncavallo’s Pagliacci – each of which has a plot which revolves around presumed infidelity and jealousy. Zemlinsky’s work – for which he wrote the libretto – was adapted from a German translaton of Oscar Wilde’s uncompleted play, A Florentine Tragedy, and stars Zoran Todorovich, Carsten Wittmoser and Barbara Haveman. In Pagliacci – Leoncavallo’s play within a play – the lines between real life and fantasy become blurred, with a tragic outcome. Marcelo Álvarez, María José Siri, Leo Nucci, Enrico Casari and ZhengZhong Zhou are the featured stars. Both operas are conducted by Pinchas Steinberg. Une Tragédie Florentine and Pagliacci take place at the Opéra de Monte-Carlo on February 19th, 22nd, 25th and 28th. Tickets can be bought at the Monte-Carlo Opera Atrium – Tel +377 98 06 28 28.

Ballet Nice Méditerranée (artistic director Éric Vu-An) presents one of George Balanchine’s signature works, Concerto Barocco, in a performance entitled Pas de dex and co ….. at the CNNR on February 22nd. Also on the programme are extracts and pas de deux from works by Nacho Duato (Gnawa), Ben Stevenson (Three Preludes), Lucinda Childs (Oceana), Oscar Araiz (Adagietto Rhapsody), Dwight Rhoden (Verse Us) and Alvin Ailey (Night Creature). The performances take place on Friday February 20th at 20h00. Tickets are available from the Opera box office (04 92 17 40 79) or at the CNRR an hour prior to the performance.

The Monte-Carlo Philharmonic Orchestra, under conductor John Axelrod, continues the celebration of Russia in Monaco with a concert featuring Russian violinist Viktoria Mullova, with the Brahms Violin Concerto. Ms. Mullova, whose musical interests range from the baroque to classical and contemporary music, has appeared with many of the world’s greatest orchestras, the most illustrious conductors, and at major international festivals, to great international acclaim. The Chicago Tribune describes her as possibly “the most elegant, refined and sweetly expressive violinist on the planet”. The Tchaikovsky work on the programme is his Francesca de Rimini: Symphonic Fantasy After Danté, which was based on the story of the tragic heroine of Danté’s Divine Comedy – and the damnation which she and her lover suffered following their deaths. The performance, which also features Wagner’s stirring Prelude, and hauntingly beautiful Liebestod from Tristan und Isolde, takes place on Saturday, February 21st at 20h30, at Auditorium Rainier III. For further information and tickets, call +377 93 10 84 00 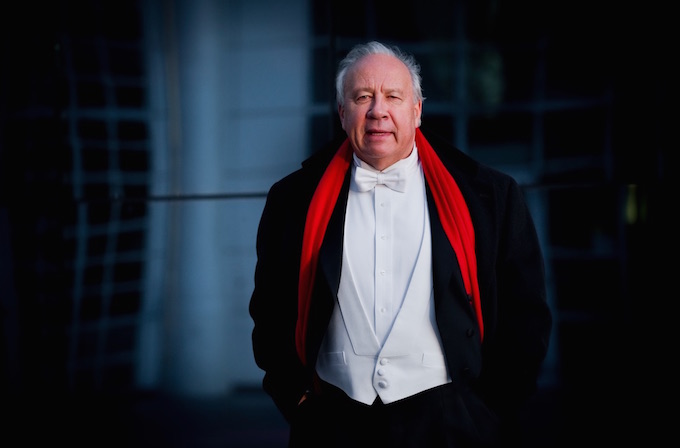 The Orchestre Philharmonique de Nice, under the direction of Estonian conductor, Neeme Järvi, rounds off the month with Haydn’s Symphony No 88 – one of his best-known works – and Prokofiev’s Symphony No 5. Prokofiev wrote this symphony in the summer of 1944, in a safe haven run by the Soviet Union – a work which he intended as “a hymn to free and happy Man, to his mighty powers, his pure and noble spirit”. (Schwarz: Music and Musical Life in Soviet Russia).