The Nice Philharmonic schedule for January features a full and varied line-up, inlcuding four Chamber Concerts and a Matinée Musicale.

The Orchestre Philharmonique de Nice, under the musical director of Philippe Auguin, is well known for the creativity and range of its programming. The first of the January concerts is a chamber concert, taking place on the 12th of the month at the Théâtre de la Photographie et de l’Image. It opens with JC Bach’s Sonata No 3 for solo violin in C major BWV1005 – one of a set of six sonatas written by the composer between 1703 and 1720.

The second work on the programme is entitled Etudes – Caprices for Violin and Vibraphone, composed by Robert Waechter, concert master of the Nice Philharmonic. He is also the violinist in this piece, and the vibraphone – a percussion instrument similar in appearance to the xylophone, marimba and glockenspiel – is played by Patrice Gauchon, also a member of the orchestra.

The concert on January 19th features two very different works, the first being a String Trio, written in 1985 by the Russian-German composer Alfred Schnittke. A devotee of Gustav Mahler, Schnittke is also known to have been influenced by his compatriot, Dmitri Shostakovich, and many of his works were inspired by violinist Gidon Kremer, as well as performers of the stature of conductor and violinist Yury Bashmet, cellist Natalia Gutman, conductor Gennady Rozhdestvensky and cellist Mstislav Rostropovich.

The String Trio is followed by Elgar’s lovely Quintet for Piano and Strings, Opus 84 – the last of his three chamber works – which Elgar started whilst at Brinkwells, the country cottage in Sussex in which he and his wife were staying in 1918. It’s thought that the composer drew his inspiration for the work from the natural beauty of the area surrounding the cottage.

The Matinée Musicale on January 25th, is entitled Carte Blanche à Albrecht Meyer. Principal oboist of the Berlin Philharmonic since 1992, Albrecht Meyer is one of the most sought-after oboists today, and regularly performs in chamber concerts with pianists Hélène Grimaud and Leif Ove Andsnes, as well as with bass-baritone Thomas Quasthoff. In this concert, which takes place at the Opéra de Nice at 11.00 am, Albrecht Meyer appears as both conductor and soloist. 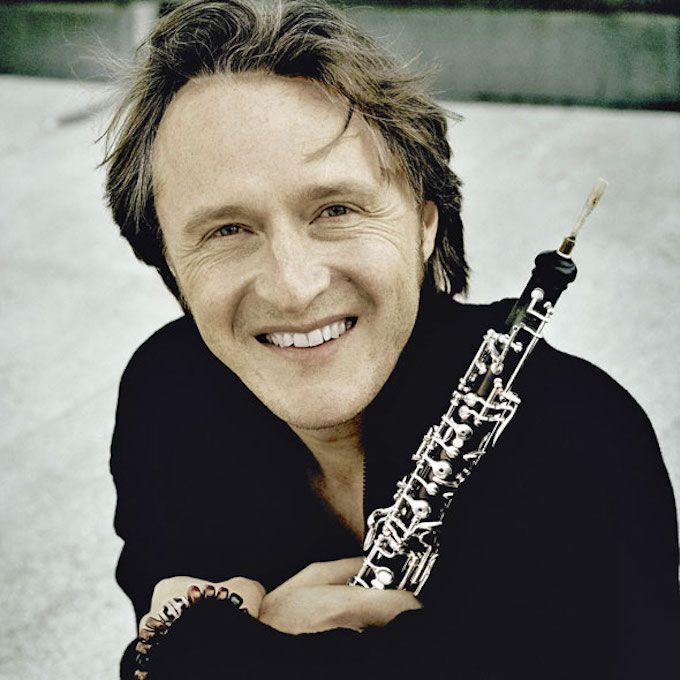 The final chamber concert for the month of January is devoted to two works by Johannes Brahms, the first being his Sextet for Strings No 1 in B-flat major Opus 18. Composed in 1860, the sextet was scored for two violins, two violas and two cellos, marking something of a renaissance for sextets for stringed instruments without piano, since few had been written since the time of Luigi Boccherini. More recently, this one was used in the soundtrack for Louis Malle’s 1958 film The Lovers (Les Amants). The second movement featured in Star Trek: the Next Generation, and also in an episode of Inspector Morse. Appearing in this performance are violinists Violaine Darmon and Arnaud Chaudruc, Hélène Coloigner and Aline Cousy (violas) and cellists Thierry Trinari and Anne Bonifas.

Brahms’ Quintet for Piano and Strings in F-minor Opus 34, completed in the summer of 1864, was originally written (in 1862) as a string quintet and scored for two violins, viola and two cellos. It was then transcribed into a sonata for two pianos and before appearing in its final form. This performance features Violaine Darmon and Lucie Mallet de Chauny (violins), Hélène Coloigner (viola), Thierry Trinari (cello) and pianist Julie Guigue. The all-Brahms concert takes place at the CNRR de Nice at 6.30 pm.

The Concert Philharmonique at the end of January features two works – Chopin’s Piano Concerto No 2 in F-minor Opus 21, and the Symphony No 5 in D-minor Opus 47 by Dmitri Shostakovich – in which the Nice Philharmonic will be led by Hungarian conductor György G Ráth. Currently Chairman-Conductor of the Budapest Philharmonic Society, Maestro Ráth is known internationally as much for conducting opera as for his concert appearances, and amongst his highly complimentary press reviews was this one from La Stampa (Turin): “Whatever Ráth touches turns into gold”.

The guest soloist in the Chopin Piano Concert is Brazilian pianist, Nelson Freire, of whom The New York Times (London) wrote: “In the age when overt showmanship reaps big rewards and grabs lots of attention, the Brazilian pianist Nelson Freire offers a gentle reminder that decorous piano playing and interpretive depth have an irresistible power all their own.”

Dmitri Shostakovich wrote his enigmatic Symphony No 5 in 1937, shortly after his previous works had been denounced by the Stalinist régime, and although it ended with a rousing march, apparently in support of the régime, it’s not clear whether that is in fact what Shostakovich intended to convey, or whether the work contained hidden messages to the contrary.

There are two performances of the Concert Philharmonique at the Opéra de Nice on January 30th at 8.00 pm and January 31st at 4.00 pm.

For further information on all these events, and to buy tickets please visit the Nice Philharmonic website. 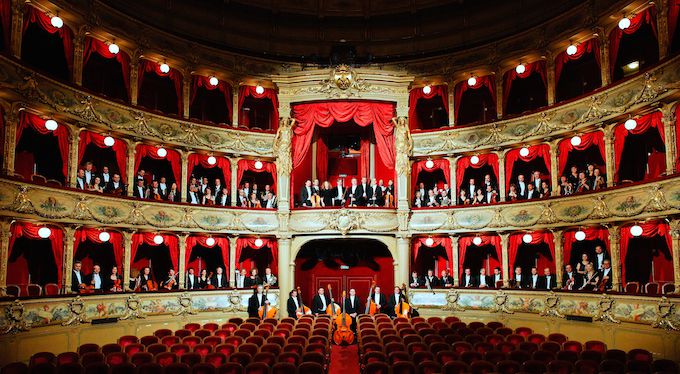