Sometimes a role comes along in an actor’s life that becomes synonymous with his name. That is what happened to Augustin Ruhabura.

Say “Troll King” in Nice these days, and everyone who has been to the Théâtre National de Nice lately, knows immediately who you’re referring to – Augustin Ruhabura who incarnates the ruler of the troll empire to decadent perfection in Irina Brook’s spectacular Peer Gynt. But although his name will forever be associated with this defining role, there is a lot more to this Rwandan native who now lives in Paris.

It all began in 2000 when Augustin finished his theater studies at the prestigious Cours Florent in Paris. For his graduation show he sent an invitation to Irina Brook who at the time was making a name for herself as a director…..and didn’t hear back from her. Well, at least not immediately – but six months later, Irina contacted him to discuss a play for children, The Odyssey. They met, they saw, and they hit it off. 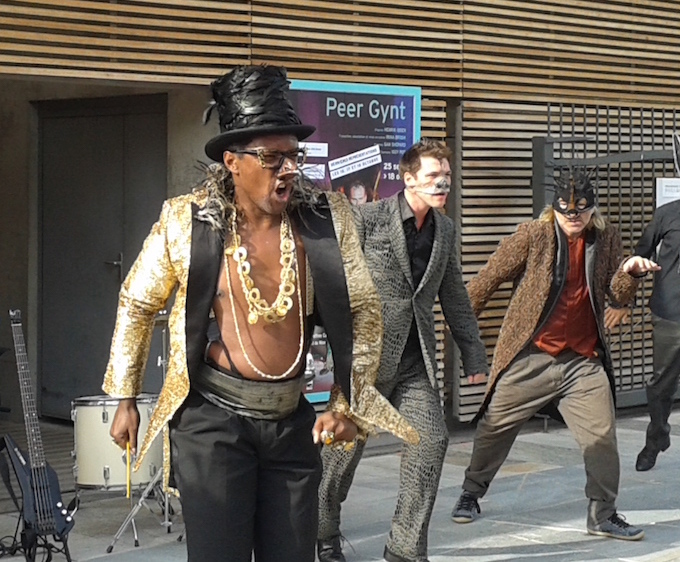 It is Augustin’s talent, versatility, and fluency in French and English that make him one of Irina’s go-to actors. And yet, stagecraft was never even remotely included in his original life plans. Born in Rwanda in 1961, Augustin spent his childhood and youth between his native country and Belgium. Back in Africa in the late 1980s, he studied to become an English teacher in Congo (then: Zaire), and later worked as a maths and French teacher at a private school in Rwanda. In 1990, the war which would eventually lead the to Hutu/Tutsi conflict and genocide, broke out, and many foreign cultural institutions closed.

When the French Cultural Center in Kigali reopened in 1991, a Rwandan friend took Augustin along to the center’s Theater Club. And that would prove to be a decisive moment in the young man’s life. He had known deep inside that teaching was not what fulfilled him, and encouraged by his friend, he took music and singing classes and trained with the illustrious likes of Pierrette Dupoyet. As soon as he started, he knew, “There was my place!” He was soon hired as an actor and also ran the children’s theater club.

Meanwhile the Hutu/Tutsi conflict sharpened, and in early 1994, Augustin left Rwanda for France, knowing that something serious would happen. He would never see his family again….. His father passed away from a heart attack a few days before the conflict broke out in full force, and the ensuing genocide would cost the lives of most of his other family members. Augustin decided to stay in Montpellier, living with friends and working at the box office of the Théâtre National de Montpellier and of the Festival Montpellier Danse for the next two years. He kept honing his musical talent by taking continued voice, singing, and dance classes, and eventually moved to Paris with his new bride where he continued to work at the box office, this time for the Théâtre National Odeon. That was also the time he took the big plunge and went to Cours Florent…. and would eventually meet Irina Brook… and thus the circle closes.

But much as Augustin loves the stage, he is also sought-after on TV (in series such as Fais pas çi, fais pas ça), or on the big screen, like in Ulrich Koehler’s 2010 movie La Maladie du Sommeil. His resemblance to Morgan Freeman – who he admires – certainly helps to get noticed but his talent is what eventually wins him parts. That, and his personality…. his keen intelligence, his calm but strong presence, yet always ready for a good laugh, and not one weighed down by the tragedy that hit his life. If anything, he has made it his mission to educate anyone willing to listen about the true reasons that led to the horrors in Rwanda in the mid 1990s. 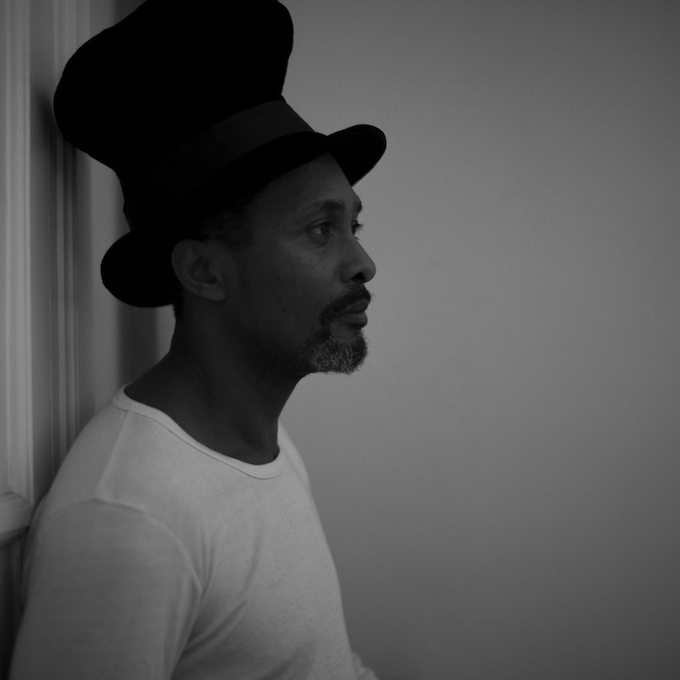 It seems ironic that Augustin has become so closely associated with the Troll King whose whole persona is the exact opposite of the man who inhabits him. And yet, if you look closely at the aging, ousted, and impoverished Troll King, you’ll find Augustin’s character reflected in him. Humility, grace, dignity, strength, and a clear vision of truth, but all without bitterness. On stage, the former Troll King rejects Peer Gynt who has never been himself and who is an opportunist, and it rings true to the real man. Maybe that’s what the public really senses, and loves about the character. Irina Brook did a brilliant job casting Augustin in that role, and he certainly paid back by delivering a rich, multi-dimensional performance. A treat for all involved, and an actor we are all looking forward to seeing much more often on stage and on screen.