The Monte-Carlo Philharmonic Orchestra has an interesting line-up for the next concert in the current Grande Saison series on October 26th.

Lawrence Foster once again steps onto the podium, the guest artist is violinst Arabella Steinbacher (pictured above), and the performance features works by Lalo, Sarasate, Saint-Saëns, Waxman and Prokofiev.

German violinist Arabella Steinbacher is an artist who is much in demand on the concert stages of the world and in the recording studio. Her career was unexpectedly launched in 2004 when she stepped in for a colleague at short notice to play the Beethoven Violin Concerto with the Philharmonic Orchestra of Radio France, under the direction of Sir Neville Marriner. Since then, Ms. Steinbacher has firmly established her place on the international circuit, appearing with many of the world’s leading orchestras and conductors. Her repertoire – of over 30 violin concertos – ranges from the major works of the Classical and Romantic era to many of those by 20th century composers.

The concert opens with a performance of the overture to Edouard Lalo’s opera Le Roi d’Ys (The King of Ys). Based on the old Breton legend of the drowned city of Ys, the opera was written between 1875 and 1878, but has never been widely performed. There have, however, been revivals from time to time, the most recent of which was in 2007 by the Théâtre du Capitole, Toulouse. 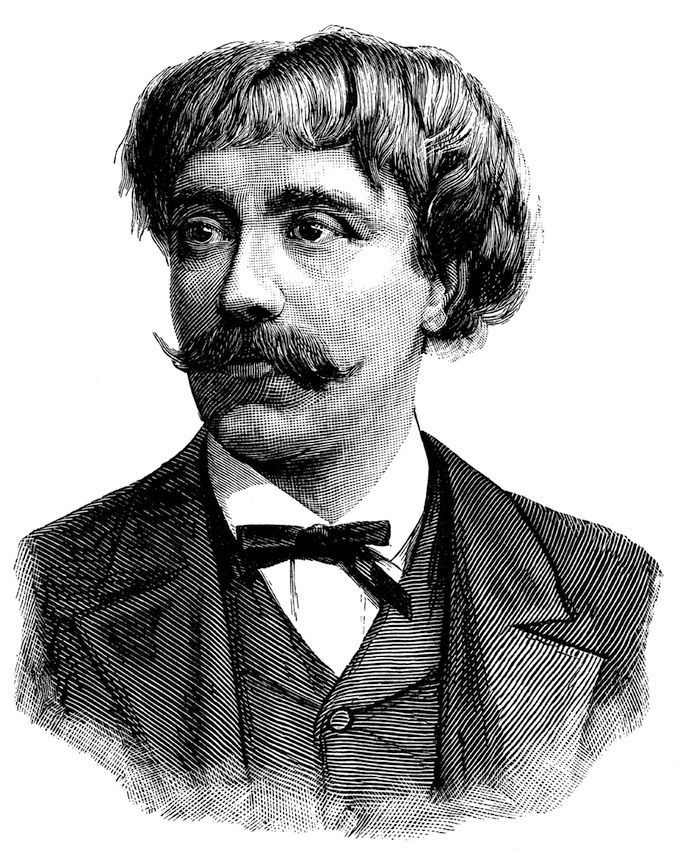 Arabella Steinbacher’s first piece is Zigeunerweisen written by Spanish virtuoso Pablo de Sarasate (pictured above), acknowledged as one of the finest violinists of the late 19th century. His compositions have been credited with the popularity of Spanish music amongst his European contemporaries, and Zigeunerweisen is one of his most popular works. Written in 1878, and based on themes of the Roma people, the work was recorded by Sarasate himself in 1904, and it’s since become a firm favourite amongst violin virtuosos.

Two works by Camille Saint-Saëns are next on the programme – the first being his Introduction and Rondo Capriccioso – one of his most popular concert pieces for violin. Saint-Saëns wrote it in 1863 for Pablo de Sarasate, who, in 1870, was the first to perform what was rather delightfully described as “a delicious occasion for nonchalant virtuosity and charm” by the late Michael Steinberg, programme annotator for the San Francisco Symphony.

The second work by Saint-Saëns is his Havanaise for violin and orchestra. The havanaise (habañera in Spanish) is a dance which originated in Havana in the mid-19th century. Originally conceived and written for violin and piano, this piece was dedicated by Saint-Saëns to the Cuban virtuoso violinist, Ralphael Diaz Albertini.

Ms. Steinbacher’s final piece is Franz Waxman’s Carmen Fantasy, based on themes from Bizet’s opera, and reworked by Waxman for the 1946 film adaptation of Fannie Hurst’s novel, Humoresque. Composer, conductor and impresario, Waxman was best known for the 144 film scores written for the motion picture industry from the 1930s through to the 1960s, 12 of which were nominated for Academy Awards, and two of which won Waxman the award for Best Score – Sunset Boulevard in 1950, and A Place in the Sun in 1951. For over half a century, was the only composer to have won the award for Best Score in two successive years. The Carmen Fantasy was first recorded in 1946 by Jascha Heiffetz, and to date is Waxman’s most frequently performed work.

The final work on this programme is Serge Prokofiev’s Symphony No 3 – which he is said to have regarded as one of his best compositions. It’s also widely accepted that the source for this symphony was an opera entitled The Fiery Angel which Prokofiev wrote in 1923, but – although it was scheduled for production during the Berlin State Opera’s 1927-28 season – these performances didn’t take place, and it was never performed during his lifetime. Prokofiev was unwilling to see the result of a number of years’ work go unperformed, and having heard a concert performance of Act II led by Serge Koussevitsky in June 1928, the composer adapted parts of his opera score for inclusion in his Third Symphony, and dedicated the work to fellow Russian composer, Nikolai Myaskovsky.

Arabella Steinbacher appears with the Monte-Carlo Philharmonic, led by Lawrence Foster, on Sunday, 26th October, at the Auditorium Rainier III. Tickets may be booked online.