What do you do with an old Belle Époque villa which has lain abandoned for years, home to numerous squatters, and covered with graffiti?

Hélène and François Fincker, who acquired the Villa Cameline, also known as the “maison abandonée”, in 2002, and opened it to the public a year later, have found an original solution: They have created an alternative avenue that is slowly but surely becoming a major place for modern art thanks to a positive word of mouth. Their goal is clear: promoting all forms of contemporary creation through temporary exhibits in a house that stull bears the traces of the successive squatters.

Exhibitions are organized about four times a year, and the villa, which is otherwise empty, welcomes young and talented artists who haven’t yet found their place in galleries or museums. There they can let their creativity run wild in the midst of angels made of stucco, old chandeliers and other frescoes.

All the artists have their own universe and through the diversity of their means of expressions and methods, they offer unconventional experiences that can be funny or thought provoking, but always imaginative and very much “out of the box”. 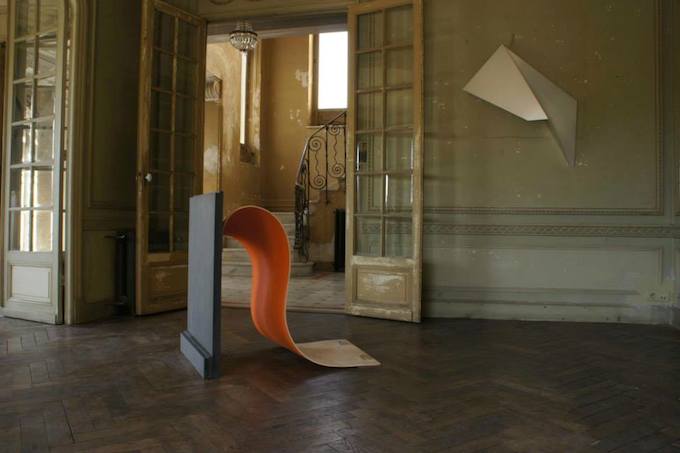 The 2014 season started on the 18th of March and after the pictures of Antibes native Olivier Calvel and then the works of Ève Pietruschi and Rébecca François (pictured above), art afficionados will have a chance to discover the drawings of François Paris until the end of May, and then the light-heartedness and naiveté of  Anthony Gripon, from the 6th to the 27th of June, 2014.

But the villa is not solely a part-time art gallery, it is also a place where one can attend public lectures, and this coming 14th of September at 5 pm, a tribute to commemorate the 100th anniversary of the birth of famed author Marguerite Duras, has been organized.