The next performance in the Nice Philharmonic symphony season features Dvořák’s tuneful Violin Concerto and Bruckner’s Symphony No 7.

Led by Music Director, Philippe Auguin, the Philharmonic will be joined by German violinist Frank Peter Zimmermann as guest soloist.

Mr. Zimmermann has appeared with many of the world’s major orchestras, and he performs at concert venues and international music festivals in Europe, the United States, South America, Australia and Japan. Highlights of his current season include appearances with Claudio Abbado and the Berlin Philharmonic, the Royal Concertgebouw Orchestra under Mariss Jansons, the NHK Symphony and Staatskapelle Dresden, both under  Herbert  Blomstedt, with Manfred Honeck and the Los Angeles Philharmonic, the Czech Philharmonic under Jiří Bělohlávek, and with Jukka- Pekka Saraste and the Gewandhaus Orchestra Leipzig.

As ‘artist-in- residence’ of the Tonhalle Orchestra Zürich this season, Mr Zimmermann’s engagements include concerts with conductors David Zinman and Christoph von Dohnanyi, recitals in Europe and Japan with Italian pianist, Enrico Pace, and performances with his Trio Zimmermann in venues across Europe. Frank Peter Zimmermann plays a Stradivarius from 1711, which once belonged to Fritz Kreisler, and which is sponsored by Portigon AG.

Antonin Dvořák wrote his Violin Concerto in 1879. It was the second of his three concertos – the Piano Concerto having been written in 1876, and his Cello Concerto 1894. The inspiration for his Violin Concerto came from the Hungarian violinist, Joseph Joachim, to whom the Czech composer hoped to dedicate the work.

Joachim, however, requested extensive revisions to the score, and ultimately returned it to Dvořák in 1882, never having performed the work. After a further revision, the concerto was premiered in Prague in 1883 by František Ondříček, who also gave the premieres in Vienna and London.

The Symphony No 7 by Austrian composer, Anton Bruckner, was written between 1881 and 1883, and revised in 1885. Dedicated to King Ludwig II of Bavaria, it was premiered in Leipzig on 30th December, 1884, by the Gewandhaus Orchestra, led by Arthur Nikisch.

The symphony was warmly received – a happy occasion for a composer who until then had known little success for his work. A great admirer of Wagner, Bruckner fell into disfavour with those who didn’t share his enthusiasm, and also with the influential Austrian critic, Eduard Hanslick, who was apparently uncomplimentary about the length of Bruckner’s works, his inclination for repetition and his need for ongoing revision. Bruckner could, however, count amongst his admirers his friend, Gustav Mahler.

Philippe Auguin (pictured below), one of the most sought-after conductors of his generation, has directed masterworks for many of the finest orchestras and appeared in some of the most prestigious opera houses in the world – amongst the most recent being a performance of Richard Strauss’ Arabella at the Metropolitan Opera, New York. Maestro Auguin was appointed Music Director of the Nice Philharmonic in 2010, and is also Music Director at the Washington National Opera. 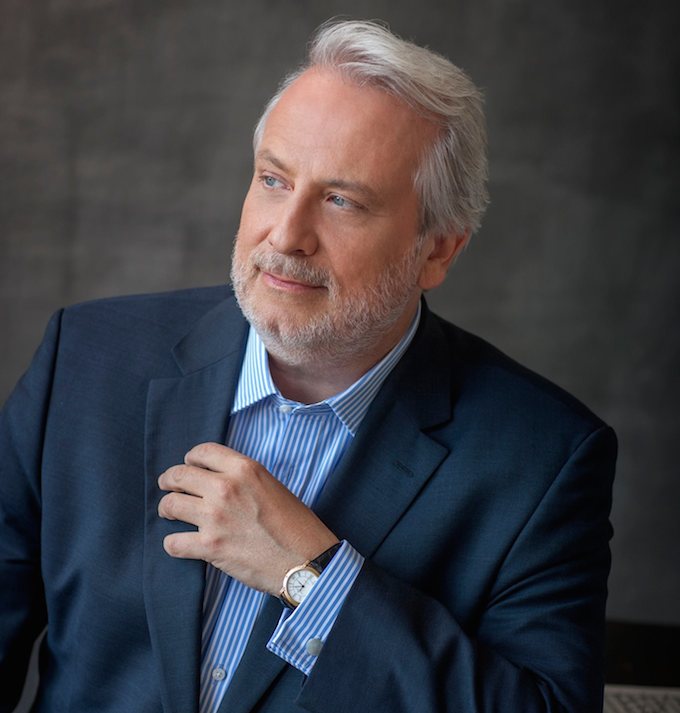 The Philharmonic Orchestra of Nice, directed by Philippe Auguin, will perform Dvořák’s Violin Concerto in A minor, Op 53, with Frank Peter Zimmermann, and Bruckner’s Symphony No 7 in E major at the Opéra Nice Côte d’Azur, on Friday 23rd May at 8.00 pm and Saturday 24th May at 4.00 pm.