It wasn’t a tremor you just felt… it was Victor Hugo’s Lucrèce Borgia at the epicenter of the Theatre National de Nice’s most recent show.

Victor Hugo enjoyed provoking and questioning the status quo of the establishment. Many of his works feature a recurring theme of patriarchy, violence, politics, and strong, intelligent women conscious of their sexual power and not shy to use it to rebel against oppression. Few women in history fit that framework better than Lucrezia Borgia, infamous daughter of equally infamous Pope Alexander VI.

Small wonder then that Victor Hugo’s stage play bearing her name, originally written in 1832, would engage the spectator’s senses and emotions to this day.

For four nights only, from 5th through 8th February, the TNN hosted La Compagnie Les 3 Sentiers, an équipe from Normandy that under the wings of talented director Lucie Berelowitsch brings Lucrezia Borgia and her entourage of men back to a new and utterly contemporary life.

In a highly physical-oriented play, Marina Hands delivers a captivating and heady performance as Lucrèce, cleverly portraying the heroine as the cunning woman she indeed was but also lending her fragility and emotions. Nino Rocher, in the role as Lucrèce’s son Gennaro, displays masterful notes of sensitivity and youthful naiveté. And Lucrèce’s husband Don Alphonse, played by Dan Artus, not only shows off his breadth of acting skills but also remarkable confidence when spending a good part of the play on stage in his underpants. 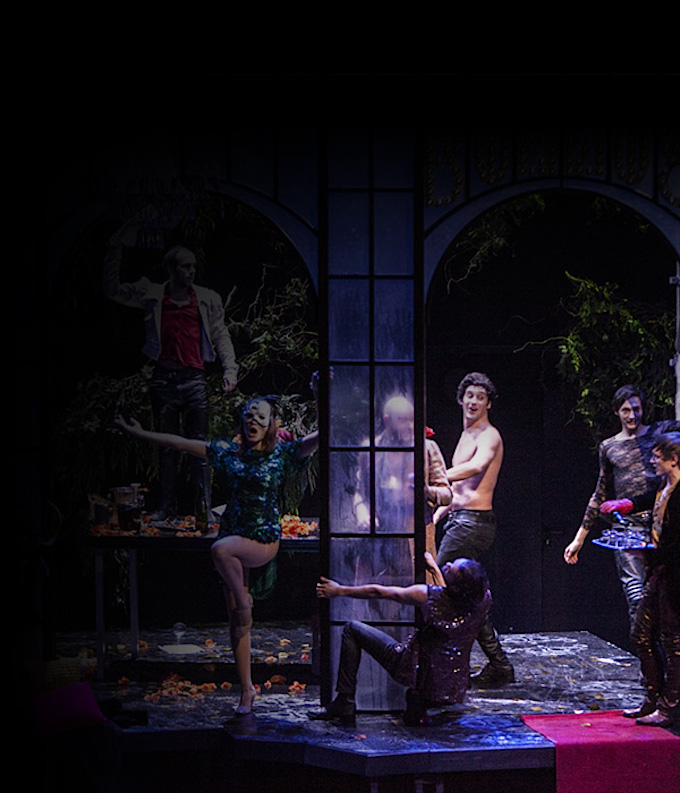 It was an interesting production, and on the way out, patrons were overheard commenting on the actors’ strong performances. Yet, it was hard to avoid the comparison with another Victor Hugo play mounted on this very same stage just three weeks ago, Angelo le Tyran de Padoue, which by all accounts and critics was labeled a triumph. It would be hard for any troupe to go back to back, and in fact walk in the footsteps of such a theatrical tour de force.

A podestat at the center of one play, a femme fatale at the other but both stories set in Renaissance Italy at a time of violence, oppression, and abuse of power, and both modern adaptations using very similar contemporary décor, costumes, and theatrical stylistics from movement to stillness, from lighting to music… but still a marked difference in discipline, purity, and rhythm. Where the Tyrant uses understatement as a key element, Lucrèce makes her point flamboyantly.

All in all, too many similarities and proximity in timing didn’t allow this play to be sufficiently appreciated on its own. Yet, bravo to director Lucie Berelowitsch and La Compagnie Les 3 Sentiers for a valid and spirited effort.