Love was what first brought painter Ulli Gabison from Germany to Nice over 25 years ago. The Riviera’s light and ambiance is what made her stay.

Drawing has been a part of Ulli’s life since she was a young girl, and at first glance her artistic parcours seems rather conventional. Growing up in a German family of artists – her parents were musicians – she enjoyed an anthroposophical education at a Waldorf Steiner school that encourages individualistic and artistic expression.

Later, after fashion school and an apprenticeship in the “serious” trade of textile designer, she jumped at a chance to work in India. But all professional plans were quickly laid aside when she met her future husband, who hailed from Nice, and swiftly proceeded to start a family.

A few years later, and firmly established in Nice by now, Ulli channeled her passion for drawing into painting. The geometry of her early years gradually made room for softer lines, which even later led to a strongly figurative-influenced phase. 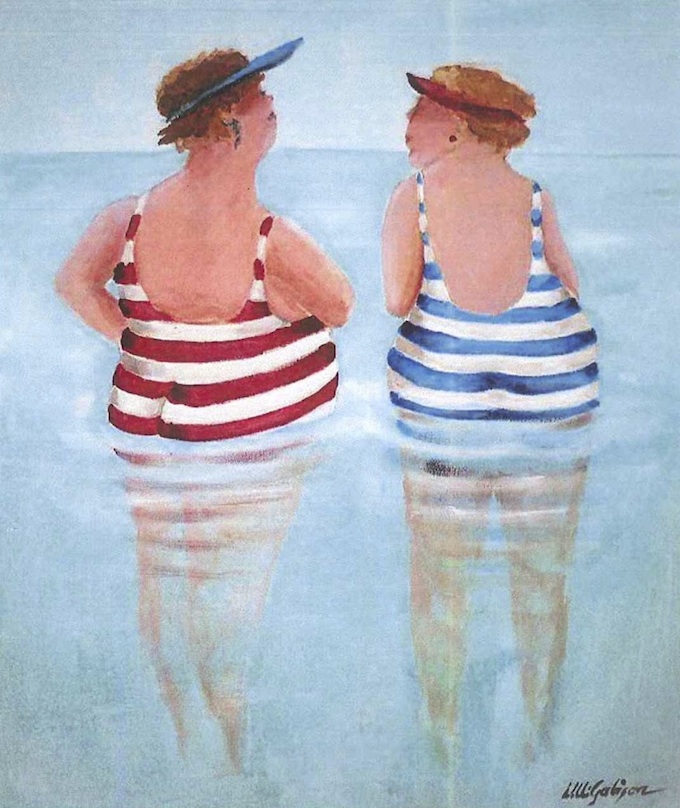 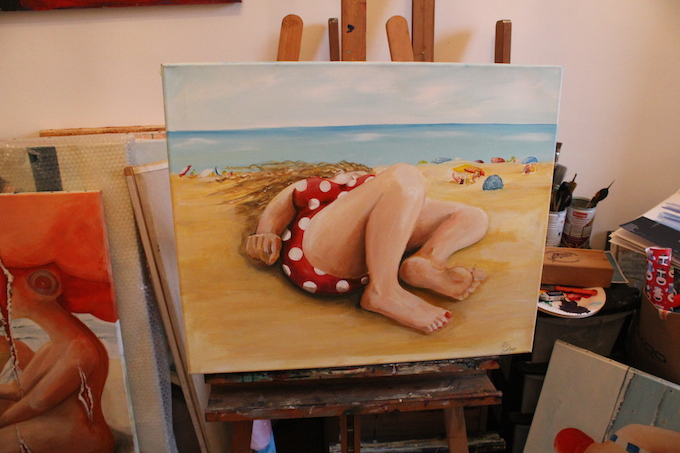 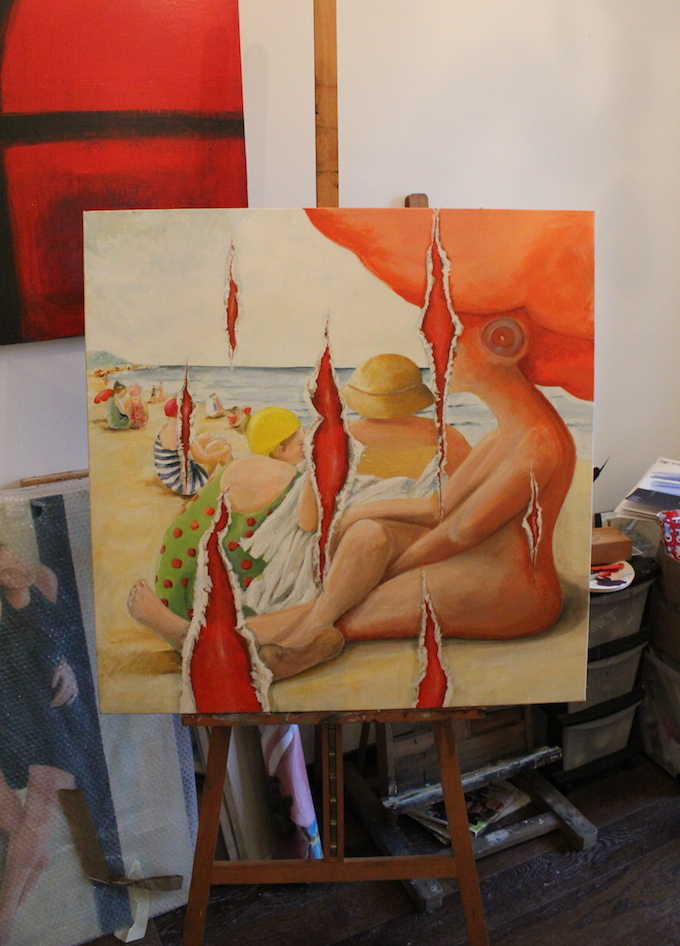 Lately, the theme of beach bathers has emerged. While her style is ever-evolving, her signature is firmly her own, inimitable one. The skillful play with light, clear lines, a recurring theme of water, and a whimsical, humorous note, reminiscent of Edward Hopper and René Magritte.

“These two painters are indeed my source of inspiration,” Ulli said. “That, and the amazing light you have here in the South of France, the sparkling sea, and the colours – colours everywhere!”

Ulli’s works – mostly in oil, acrylic, and the occasional water colour – have been featured in exhibitions in prestigious galleries and art forums in France and Germany for well over 15 years, among them Galerie Artemisia and Museaav in Nice.

How does she see Nice’s artistic scene? “Nice has evolved quite a bit over the past 25 years. We have some of the most creative painters and artists here. It’s a small but highly skilled community, one that also firmly sticks together and supports each other. We also have some of the best art schools in the country here, just think of Académie des Beaux Arts (Villa Arson) or L’Ecole Art Plastique (Villa Thiole). Nice is a great place for artists these days.” 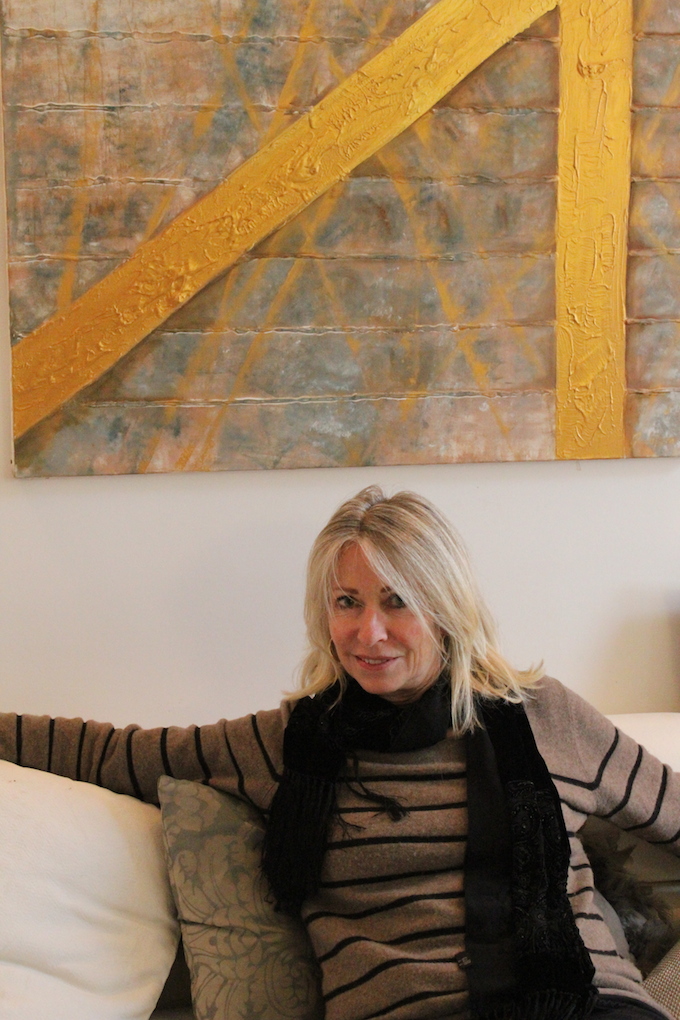 Painting has been the red thread throughout Ulli’s life. “Even in tough times – I just paint. I don’t need a therapist. Painting is all the therapy I ever need.” And sports is the energetic, youthful blonde’s other big passion. A member of a rowing team, she is currently competing in qualifications for the French championships.

Ulli’s paintings may be viewed upon private arrangement and prices start at €150.